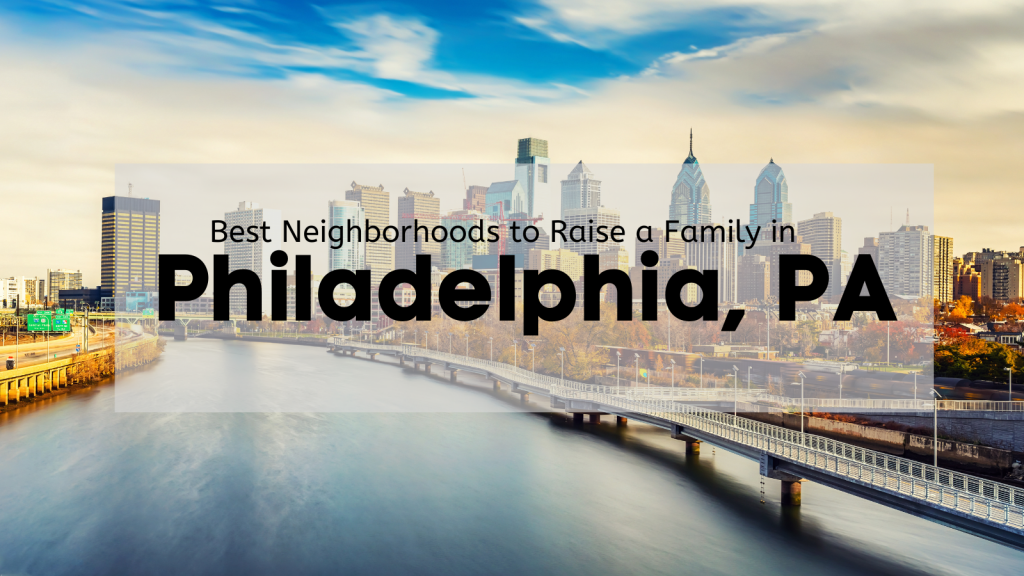 Philadelphia is the largest city in Pennsylvania and the former capital of the United States. With a population of 1.5 million, Philly is the 6th largest city in the United States and among the nation’s most historically significant. Home to the Liberty Bell and Independence Hall, Philadelphia is known for its rich culture and many educational institutions. With so much history and tradition, Philadelphia is a great place to raise a family. There are plenty of things to do with children in Philadelphia, and it’s affordable compared to many major metropolitan areas.

Chestnut Hill is a neighborhood in the Northwest part of Philadelphia. It’s known as an affluent area with a high quality of life.There’s so much to do in the neighborhood from seeing a play at The Stagecrafters Theatre to enjoying the scenic foliage at the Morris Arboretum. Often known as the Garden District, it’s famous for its gorgeous foliage and breathtaking architecture. The neighborhood is zoned for the School District of Philadelphia but also contains several highly respected private schools, such as Springside Chestnut Academy and The Crefeld School. Chestnut Hill has one of the highest per-capita incomes but the lowest crime rate in the city, making it one of the best places to live in Philadelphia with kids. With easy access to downtown and major employers like the University of Pennsylvania and Chestnut Hill hospital, the neighborhood is ideal for growing families.

Manayunk is a trendy neighborhood in the lower section of Northwest Philadelphia. Situated along the Schuylkill River, Manayunk features picturesque views and a calm atmosphere. Kids will have a blast playing in the many parks or running along the towpath. It’s a very walkable neighborhood, and many residents are pet owners, so you’ll see plenty of furry friends. It’s also a very affordable neighborhood with an eclectic mix of residents. Throughout the 20th century, it was primarily a working-class Polish, German and Irish neighborhood, but over the years, it experienced an influx of young professionals and families. Manayunk today features a mix of residents from all different backgrounds and a low crime rate, making it one of the best neighborhoods in Philadelphia for young families.

Bella Vista – A Family-Friendly Neighborhood Full of Art and History

Bella Vista is a charming neighborhood in South Philadelphia bound by 6th and 11th Street between South Street and Washington Avenue popular with families. Known as Phill’s Little Italy, Bella Vista is home to the country’s oldest open-air Italian market along 9th street. However, it’s a very diverse neighborhood with residents from many different racial and economic backgrounds. There are plenty of child-friendly activities available in the community, including the Fleisher Art Memorial and Philadelphia’s Magic Gardens, as well as several public parks. Bella Vista is a highly walkable neighborhood with low crime and excellent public schools. With so much history, culture and entertainment, it’s one of the best family neighborhoods in Philadelphia.

Fitler Square – A Community with a Tranquil Ambiance

Fitler Square is a public park and neighborhood in southwest Philadelphia. The eponymous half-acre park is bounded by 23rd and 24th street between Panama and Pine Street. It’s mainly a residential neighborhood and features a plethora of single-family homes that are perfect for growing families. But it’s just southwest of the commercial areas of Center City, offering easy access to employment and shopping. Fitler Square is one of the most desirable neighborhoods in the city because it features a tranquil ambiance and easy access to urban amenities. Plus, several highly regarded schools, including The Philadelphia School and Franklin Benjamin High School, place it among the best places to live in Philadelphia for families.

Roxborough – A Safe Neighborhood with a Welcoming Atmosphere

Roxborough is a neighborhood in northwest Philadelphia, mainly within the city’s 21st Ward. It has one of the lowest crime rates in the entire city and a welcoming atmosphere perfect for families. Bordered by the Schuylkill River, there is plenty of nature and open green space for kids to explore down at Wissahickon Valley State Park, which features miles of walking and biking trails. Zoned for the School District of Philadelphia, the neighborhood is home to several respected schools, including WB Saul High School and James Dobson Elementary School. With a mix of low crime, recreational attractions, and great schools, Roxborough is well known as one of the best neighborhoods in Philadelphia PA for families. 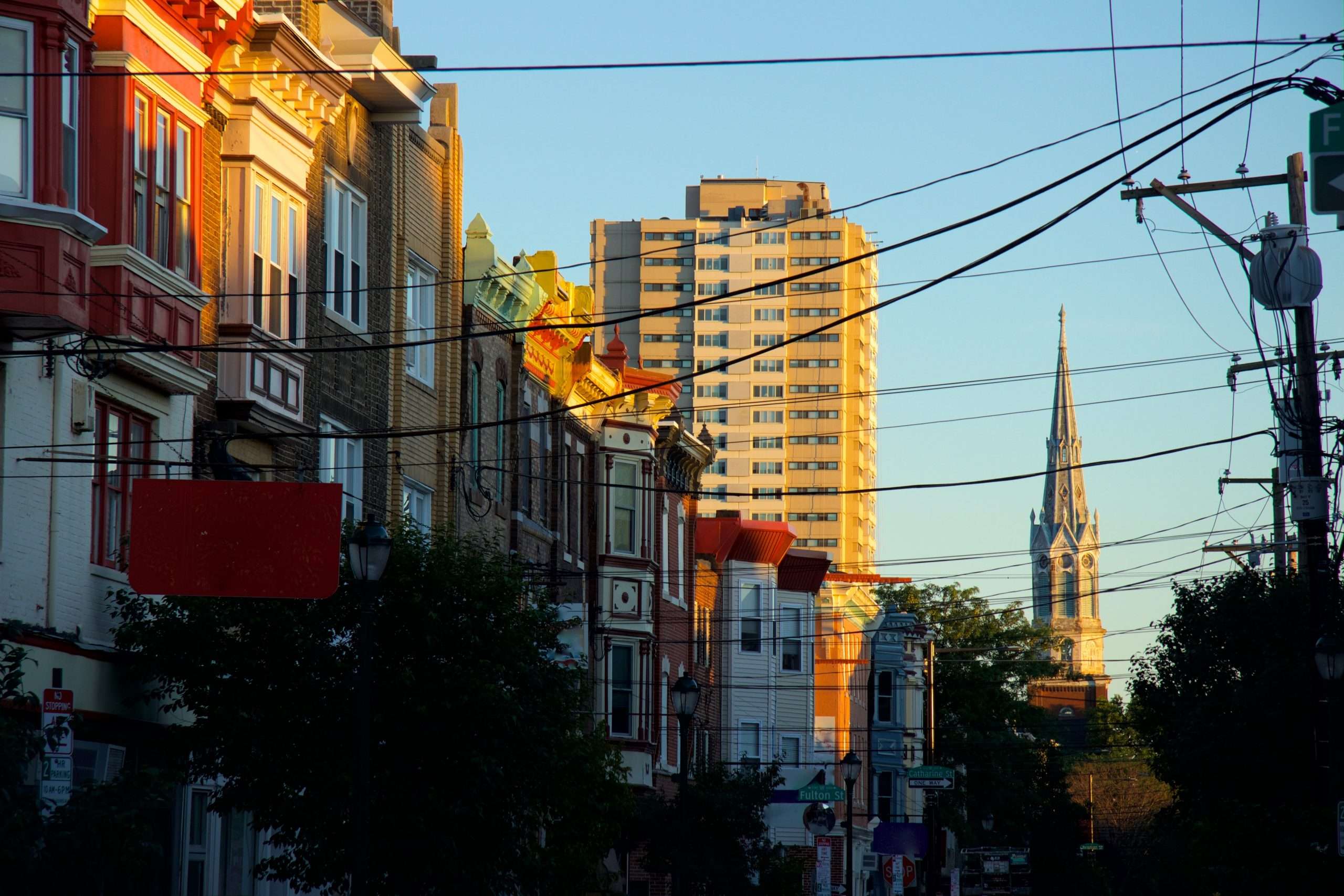 Queen Village is a residential neighborhood on the eastern edge of South Philadelphia. It was part of Philly’s first suburb Southwark but was incorporated into the city in 1854 and remains the oldest neighborhood. The area is known for its historic architecture, and residents will find many homes from the 18th and 19th centuries. It’s a very walkable area with plenty of boutiques, coffee shops, and restaurants. Queen Village is also home to many top schools, including the William W. Meredith School and the Settlement Music School. It’s a welcoming community with a laid-back vibe that is great for working professionals and growing families.

Northern Liberties is a neighborhood located just north of Center City, bordered by Gerard Avenue and Callowhill Street between North 6th Street and the Delaware River. Initially an enclave of German and Eastern European immigrants, Northern Liberties has become a haven for young professionals, students, and families in recent years. The area is full of boutiques, pubs, art galleries, pocket parks, and restaurants. Families love it since it’s also very walkable, and residents have easy access to public transportation, including a quick commute to downtown. Due to its close proximity to Center City, property crime is slightly higher than average, but overall, it’s 46% safer than most Philadelphia neighborhoods. But its abundance of green space and affordability make it the best place to live near Philadelphia for families who need easy access to downtown. 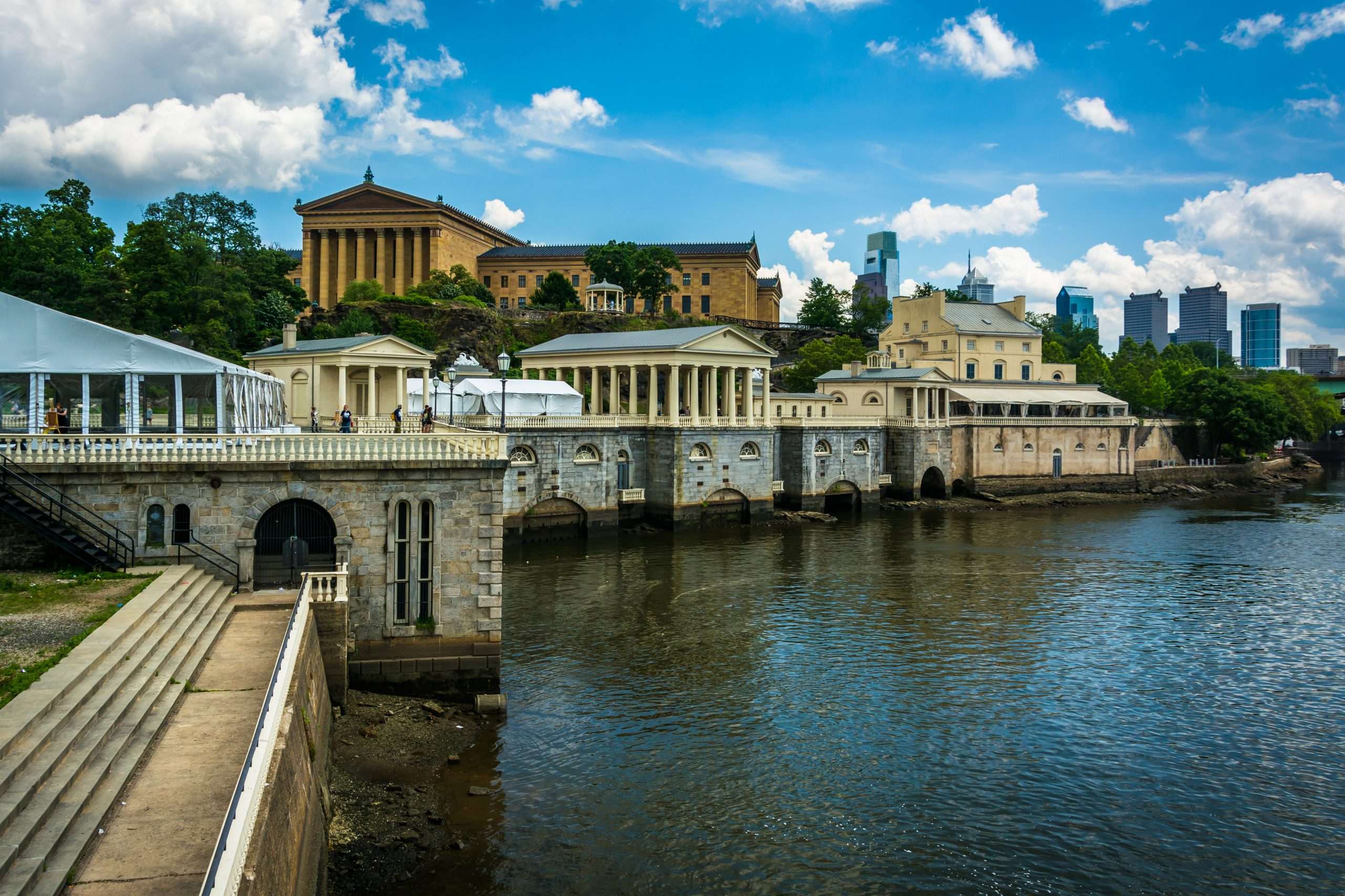 Fairmount – The Cultural Hub of Philadelphia

Fairmount is a neighborhood in the lower section of North Philadelphia. This family-friendly community is home to some of the city’s most prestigious museums, including the Philadelphia Museum of Art, the Rodin Museum, and the Franklin Institute. Fairmount is where many families live in Philadelphia because it offers excellent schools, low crime, and unique cultural institutions. Residents can send their children to the highly respected public schools in the School District of Philadelphia or a private institution such as the St. Francis Xavier School or the Philadelphia Mennonite High School. Fairmount is a bustling neighborhood full of cafes, parks, and tree-lined streets, making it an excellent area for families looking for low crime and a tranquil atmosphere.

Mount Airy is a peaceful neighborhood in northwest Philadelphia that offers the ideal place to raise a family. The area experienced a cultural revival in the early 2010s as an influx of small businesses set up shop in Mount Airy. Today there are plenty of coffee shops, art galleries, pubs, gyms, and restaurants for residents to enjoy. About 2/3rds of Mount Airy residents have children, which means families will fit right in. It’s also known for its high education rate, and many residents have advanced degrees. There are several highly respected schools in the neighborhood, including multiple charter schools and private religious institutions. Residents will also enjoy close proximity to several colleges and universities, such as Arcadia University, Chestnut Hill College, and La Salle University. Mount Airy is among the best neighborhoods in Philadelphia for families, with a welcoming atmosphere and emphasis on safety and education.

With so much culture and history in such a safe and affordable area, Philadelphia is a great place to raise a family. Any of these peaceful communities offers something special that kids will love. Ready to move your family to one of these wonderful Philadelphia neighborhoods? Trust Suburban Solutions to help you relocate with ease. Save time and reduce stress by hiring a qualified Philadelphia moving company. Fill out the form on our website or call us directly at 610-314-6868. 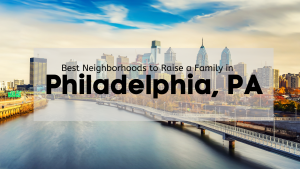