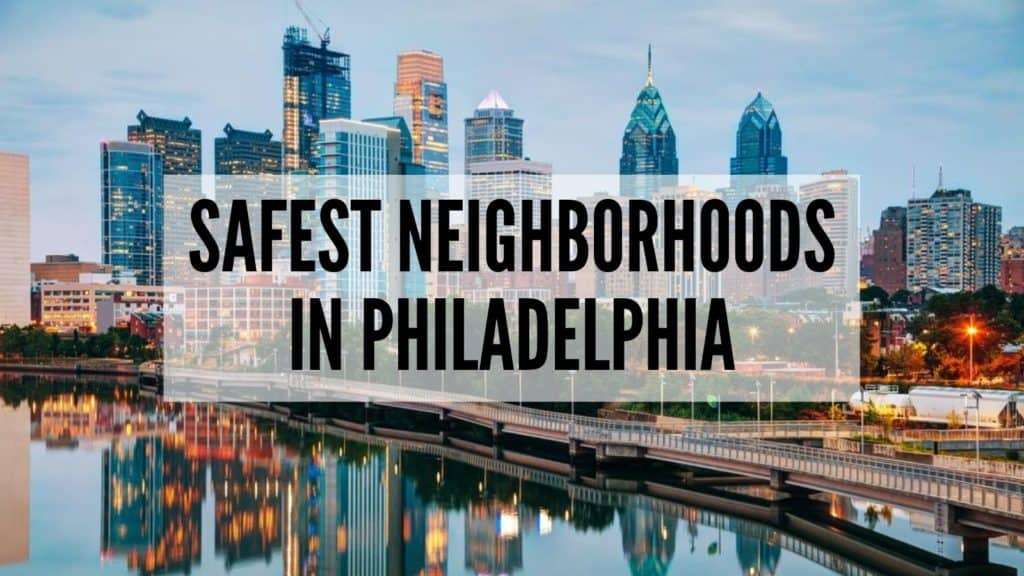 Philadelphia, PA is known for its key roles in American history. It is home to the Liberty Bell and was the place where the Declaration of Independence was signed. But along with these historical aspects, Philadelphia also offers many great places to live.

You may be looking into Philadelphia neighborhoods because you’re thinking about moving here. And while there are neighborhoods you’ll want to avoid, the city still has a strong supply of safe neighborhoods where you can live comfortably with peace of mind.

Some communities in Philadelphia, PA have seen their crime rates increase year after year, while others maintain a safe, welcoming atmosphere. But due to the more crime-ridden areas, the total crime rate in Philadelphia is 55% higher than the national average. 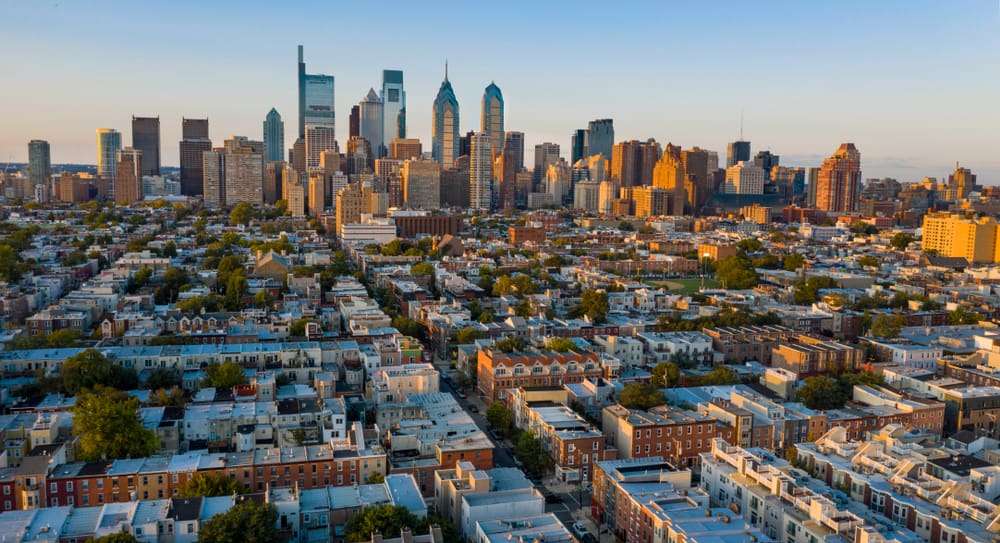 Here are some more Philadelphia crime stats you should know as you consider relocating to the city:

1. Bustleton – The Safest Philadelphia Neighborhood to Live In

This popular Philadelphia community fits its name perfectly as it is bustling with young families and happy retirees. Residents of Bustleton enjoy crime rates that are 68% lower than the Philadelphia average. This places it atop the leaderboard of the safest neighborhoods in Philadelphia.

The community has beautiful homes for sale with prices that are about 60% higher than the city’s average cost for real estate. This plays a part in the area’s slightly higher cost of living, though the neighborhood’s perks and amenities certainly make up for the extra expense.

The gorgeous Philadelphia suburb known as Somerton is safer than 81% of the other neighborhoods in Pennsylvania. With nice homes across the community and a pleasant atmosphere, locals experience safe living conditions within this area. There is only a 1 in 64 chance of becoming a victim of a crime for residents in Somerton. 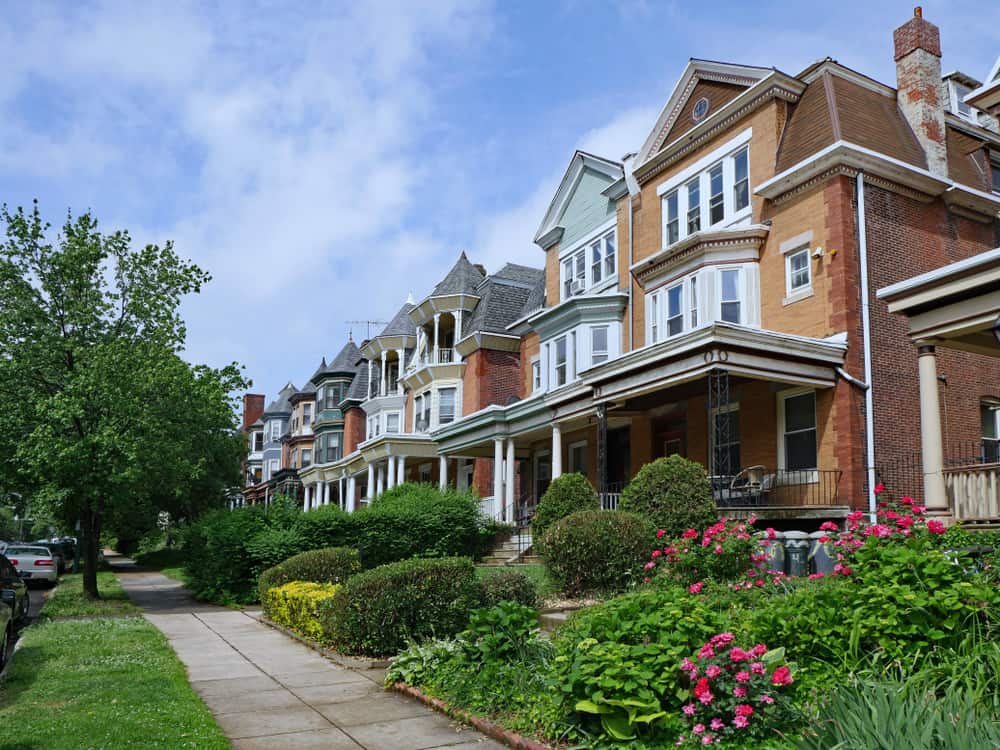 With a cost of living in Somerton that is about 8% higher than the Philadelphia average, homes and other expenses may be slightly more expensive in this part of town.

The cost of living in the wealthy Philadelphia neighborhood of Chestnut Hill is around 36% higher than the city average. Along with being one of the most affluent communities in Philadelphia, it is also among the safest. In fact, it is safer than 83% of other neighborhoods across town.

Newcomers looking at homes on the market in this area will find a wide range of classy and comfortable options. But they will also need to make sure they can afford it since real estate in this upscale Philadelphia neighborhood is 193% more expensive.

4. Rhawnhurst – Welcoming Philadelphia Community for All

With only a 1 in 52 chance of becoming a victim of crime, this large community offers an enjoyable lifestyle in Philly. Crime rates in Rhawnhurst are 51% lower than the Philadelphia average, making this area safer than 73% of other parts of the city.

The cost of living in Rhawnhurst is only about 5% higher than the Philadelphia average, but local housing is still 31% higher as well.

When it comes to crime rates in Fox Chase, they are 60% lower than the average in Philadelphia. Thanks to these stats, this community is safer than four out of five neighborhoods across town. Local residents have a limited 1 in 63 chance of becoming a victim of a crime while they are residing in Fox Chase.

The cost of living in Fox Chase is only 4% higher than the city average, making this an affordable option for people who want safe and inexpensive housing.

The Philadelphia neighborhood of Academy Gardens is a highly affordable area with much to offer its residents. Along with a handful of fun activities nearby, the community is safer than 74% of the other neighborhoods in Philly. Crime rates are low, providing peace of mind to everyone who lives here. 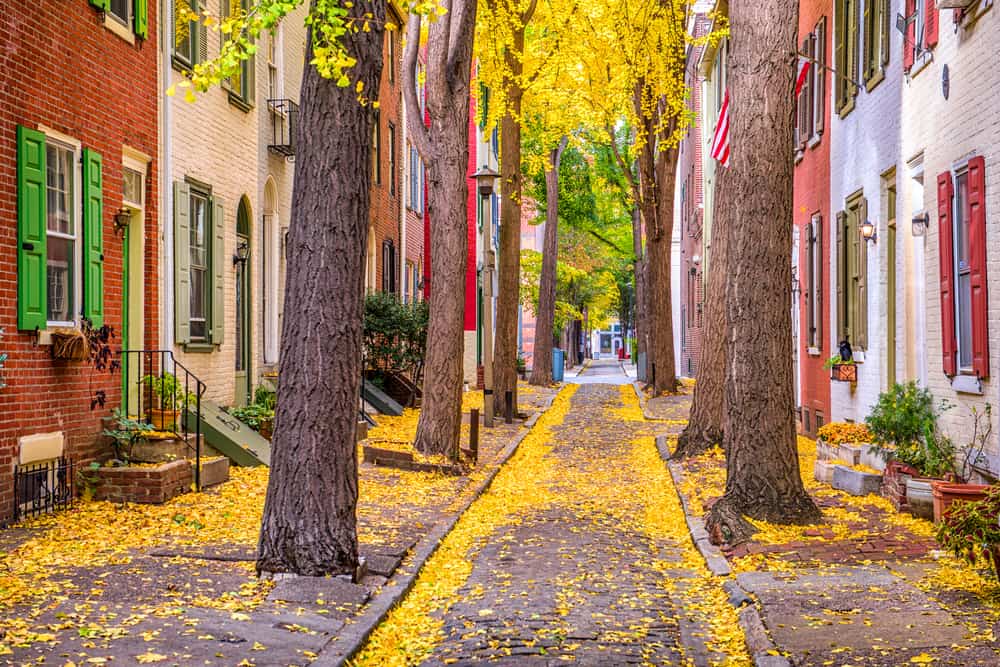 Local homes in Academy Gardens can be a bit more pricey but there are various options that make it possible to find something befitting your budget.

While it’s important to know the best neighborhoods to live in, you should also be aware of the local Philadelphia neighborhoods to avoid. This will help you narrow down your options even further and make it easier to find the right community for you.

The bad areas of Philadelphia tend to be closer to downtown and the southern side of the city.

A few of the high crime areas in Philadelphia include:

Also known as City Center, downtown Philadelphia is the main part of town to avoid when it comes to crime. Certain areas of downtown Philly have crime rates which are 188% higher than the national average. 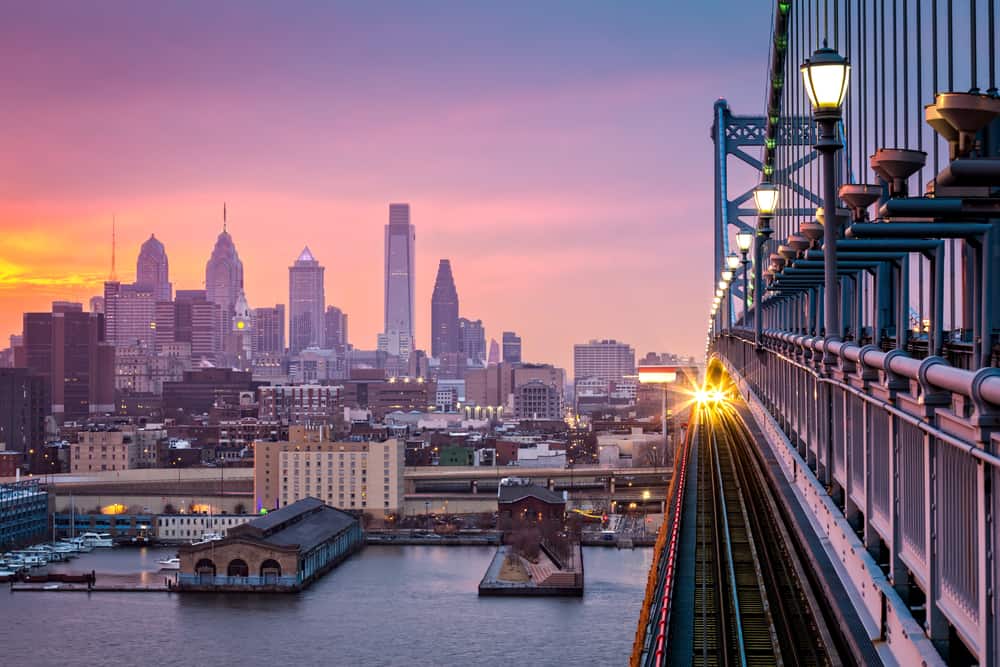 Residents of City Center have a 1 in 14 chance of becoming a victim of crime, a ratio that is 165% higher than the rest of the U.S.

Even compared to the rest of Philadelphia, the downtown area crime rates are 86% higher.

Is it safe to live in Philadelphia, PA?

Like many cities across the United States, Philadelphia has good and bad areas of town. While there are certain Philadelphia communities you should stay away from, the city does have many nice parts of town where visitors and residents can enjoy safety.

What parts of Philadelphia should I avoid?

The most dangerous areas of Philadelphia you should avoid include:

Find the Safest Philadelphia Neighborhood for You

A large part of maintaining your safety and the safety of your loved ones is avoiding dangerous situations as much as you can. By choosing to live in safe and secure Philadelphia neighborhoods, you can dramatically reduce your risk of becoming a victim of a crime.

Once you’ve found a safe community in Philadelphia where you’d love to live, we have a team who would be happy to assist with your relocation. Our crew of top-rated Philadelphia movers is highly-trained and ready to serve. Give us a call today at (610) 314-6868 or complete the Request a Quote form above for a free Philadelphia moving estimate!