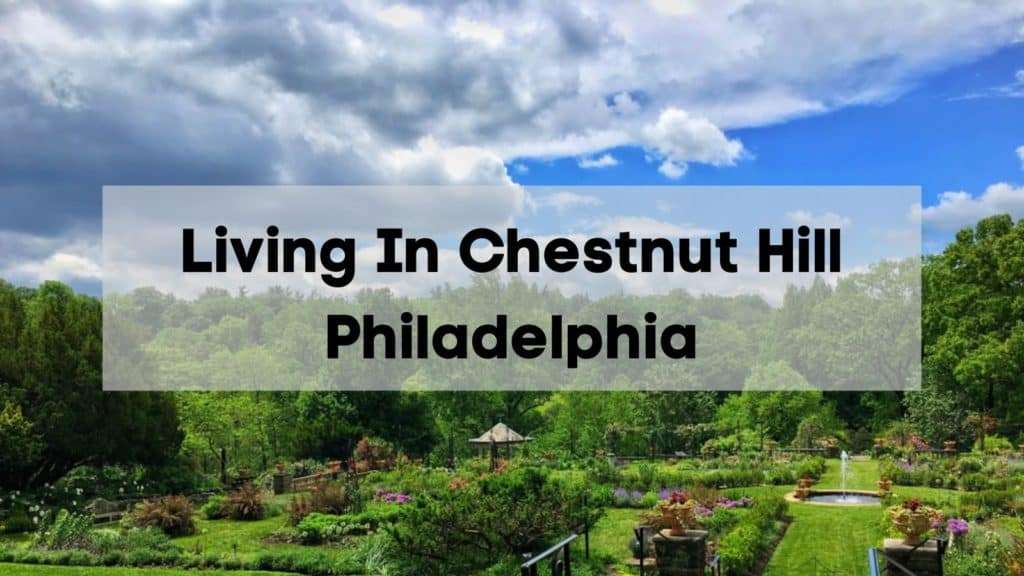 About a ten minute drive from Center City is the charming, historic neighborhood of Chestnut Hill, Philadelphia. Known for its architectural interest, great private schools, and bustling business district, Chestnut Hill is a popular place to live among Philadelphia’s more affluent residents. It’s a thriving, active community with tons of amenities and attractions.

Chestnut Hill’s history begins in the 17th century, when it began as a village that was originally part of Francis Daniel Pastorius’s German Township. Due to its higher elevation and cooler climate, Chestnut Hill became a popular vacation spot around the time of the American Revolutionary War. The neighborhood officially became part of Philadelphia in 1854, the same year the Chestnut Hill East Line railroad opened; a second line was added in 1884. This gave residents easy access to Center City, and Chestnut Hill quickly became a popular railroad suburb. Throughout the 19th and early 20th century, some of the best known Philadelphia architects were contracted to build residences in Chestnut Hill. Many of these gorgeous homes remain today, which helped land Chestnut Hill on the National Register of Historic Places in 1985. It has also been recognized by the American Planning Association as one of its Great Places in America due to its natural beauty, meticulous planning, and architectural interest. 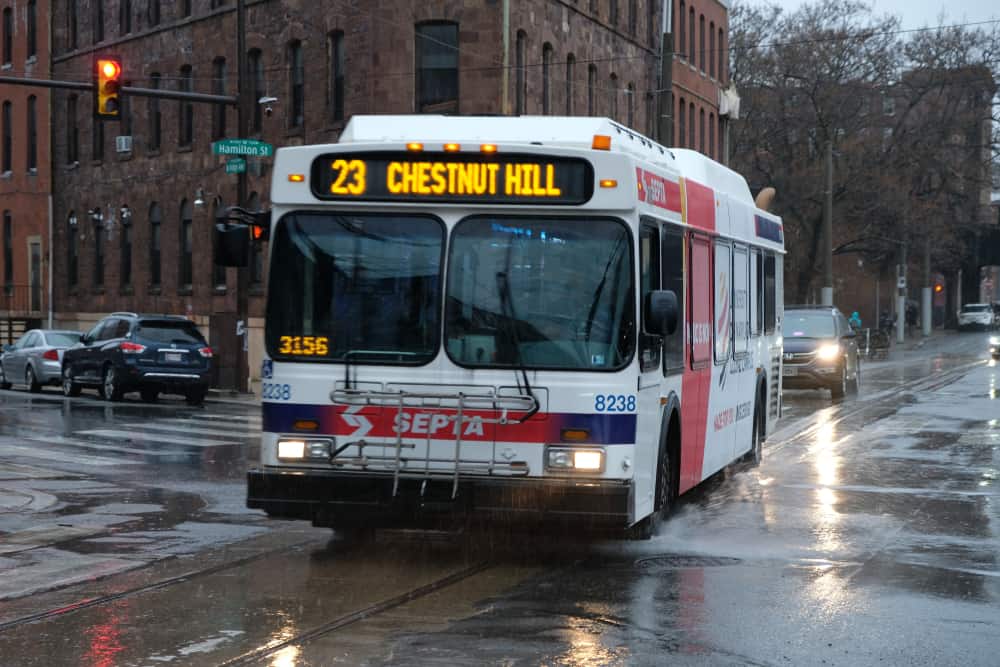 Though Chestnut Hill is considered walkable, it’s also less densely laid out than downtown Philadelphia. For those moving to Chestnut Hill, you can plan on needing some sort of transportation to get to a majority of places. Many residents choose to use their own cars to get around. However, there is plenty of public transportation to take advantage of in Chestnut Hill! Philadelphia’s SEPTA system provides transit to the area. If you’re looking for commuter trains, SEPTA Regional Rail is served by the Chestnut Hill East Line and Chestnut Hill West Line. If bus is your preferred way to travel, you’ll be able to take the 23, 77, and L buses from the City Transit Division, or the 94 and 97 from the Suburban Division. Chestnut Hill’s zip code is 19118.

Who Lives in Chestnut Hill?

The population of Chestnut Hill is 11,000. It’s a somewhat diverse community, with a demographic breakdown of 66.8% white, 5.8% Hispanic, 18.3% Black, 6% Asian, and 3.1% Mixed or Other race residents. It’s an affluent neighborhood in which the average household income is $101,200 annually. Chestnut Hill residents are well educated, with over 67% having received their Bachelor’s degree or higher. The majority of people who live in Chestnut Hill work in education, healthcare, and professional/technical industries. Within those industries, top occupations for Chestnut Hill residents are management, education, and administrative positions. Those living in Chestnut Hill are well educated, professional, and lean liberal in their views.

Things to Do in Chestnut Hill, Places to Eat, and Where to Shop

Even though it’s more residential and less densely laid out than Center City in Philadelphia, Chestnut Hill is brimming with activity. Nature lovers will enjoy living near Morris Arboretum, where you can explore over 90 acres of beautiful gardens. The arboretum’s Out on a Limb exhibit includes a canopy walk 50 feet above the ground! It’s the perfect place to take kids in Chestnut Hill when it’s a nice and sunny day.

If you’re in the mood for some retail therapy, head to Germantown Avenue. Boutique shopping is the name of the game in Chestnut Hills’s retail district, with six blocks lined with fashion forward shops. Try Noble Goods for upscale womenswear and accessories. If you’re looking for more unique clothing and jewelry, head to Artisans on the Avenue. For great antiquing, Blum’s Antiques is the place to go. They’ve been in the business since 1930, and you never know what treasures you’ll find! It’s a local favorite for a reason.

After all that shopping, you’ll be looking for a great meal! For the best restaurant in Chestnut Hill and a truly unique meal, try Cin Cin, which is French/Chinese fusion. If you’re in the mood for something more casual, Chestnut Hill Grill and Sidewalk Cafe is a neighborhood favorite. For great coffee and pastries, head to Night Kitchen Bakery & Cafe, known all over Philly as one of the best!

Chestnut Hill is also packed with plenty of family- and kid-friendly activities. The neighborhood boasts a community event calendar that’s packed with markets and festivals. Theater lovers can take advantage of The Stagecrafters Theater, a non-profit production company that has been entertaining Philadelphia for over 90 years.  Woodmere Art Museum is a great way to spend an afternoon, and there are tons of art programs for children and adults alike. Admission is always free for children, and free to all on Sundays!

Chestnut Hill Things to Do and Places to Eat:

Chestnut Hill is well known for its fantastic private schools. Springside Chestnut Hill Academy, The Crefeld School, K-8 Norwood-Fontbonne Academy, and Our Mother of Consolation each draw students from all around the area. Families can also choose to send their children to the nearby Germantown Friends School, Germantown Academy, or William Penn Charter School. Chestnut Hill is also served by the School District of Philadelphia, which operates John Story Jenks School for K-8, and Roxborough High School for 9-12.

If you’re making a move to Philadelphia’s vibrant Chestnut Hill area, put your relocation in the hands of the best movers in the city. Suburban Solutions is the most trusted name in professional moving in Philadelphia – call us today at 610-314-6868 to get started on your free quote!