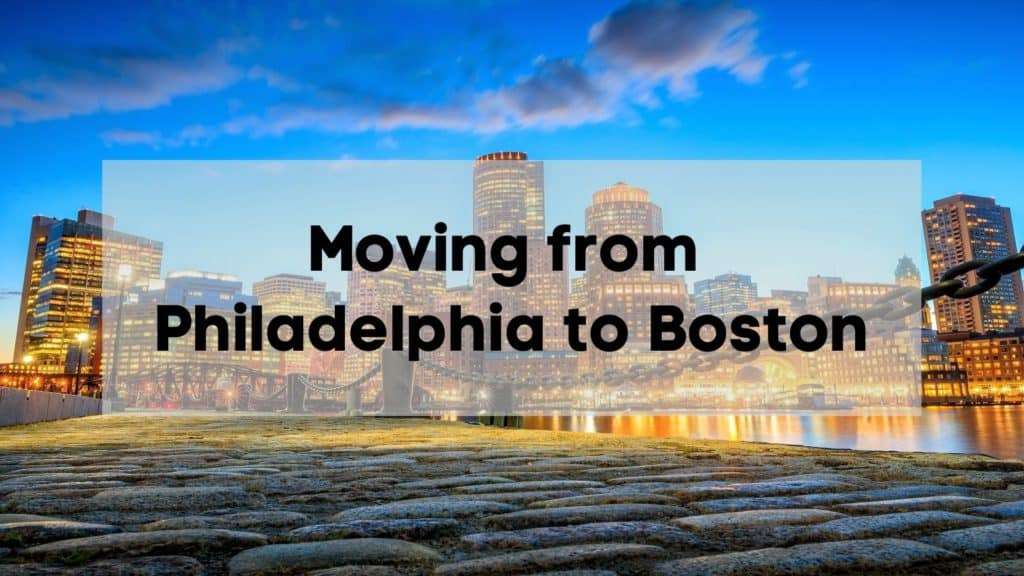 Are you preparing to leave the Philadelphia area for new opportunities, a lower cost of living, or better housing options? You aren’t alone. While Philadelphia’s population continues growing, about 60,000 people move out of Philadelphia every year. That’s about 10,000 more people moving into the area from outside the country or region.

According to a Pew Charitable Trusts survey, people leave Philadelphia for many reasons. People who moved to Philadelphia as adults and those with a bachelor’s degree or higher overwhelmingly cite employment as their top reason for leaving Philly. One-third of people with children cite a desire for better schools as their top reason. High crime, a high cost of living, and the housing market are other top motivators.

When you compare Philadelphia vs Boston, you’ll see the two cities have a lot in common. That’s probably why there is so much migration between the two. Boston is one of the top destinations for people moving from Philly – there are about 1,000 people moving from Philadelphia to Boston every year! Considering 70% of people who moved out of Philly still said it’s a good place to live, it makes sense that many choose a similar city with great public transportation, a large metro area, and walkability. 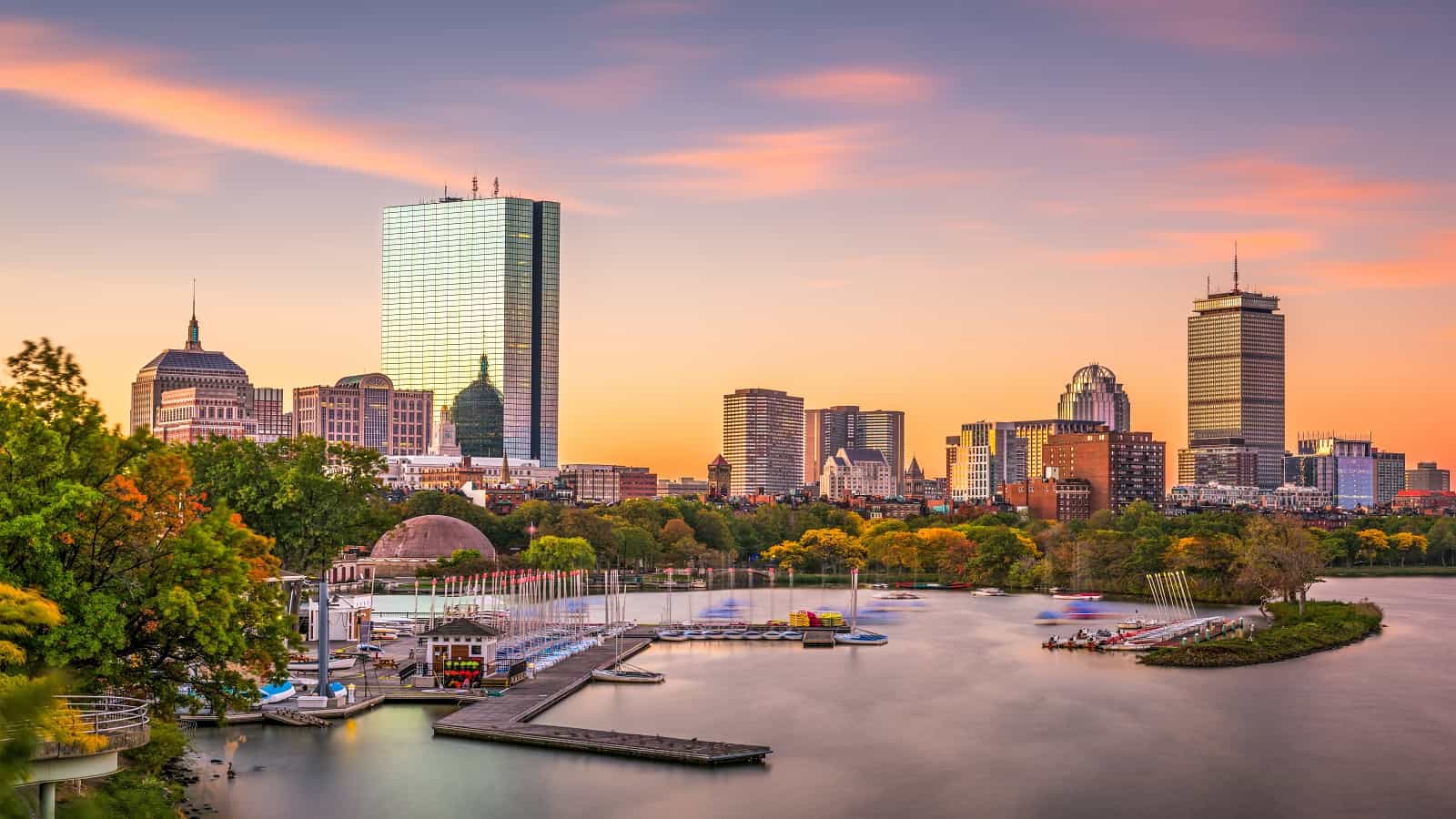 Philadelphia and Boston have so much in common that the adjustment you’ll need to make isn’t as big as you may think! Both cities are known for their rich history – especially when it comes to American independence – with world-class entertainment, culture, arts, and recreation. Both offer excellent walkability and public transportation, and you’ll find each has exciting neighborhoods that sometimes feel like their own small cities.

Another similarity you’ll find is both cities have many ethnic enclaves and working-class traditions. For instance, South Boston or Southie has a strong Irish-American influence and was long an Irish stronghold in the U.S. Both cities are seeing their working-class population slowly disappear, though. The cultural differences between Philly and Boston can also be subtle. While Philadelphia can be said to have an inferiority complex when it comes to NYC, Bostonians feel superior to New York. You’ll find Boston still has a Puritan influence too. Massachusetts has strict drinking laws and happy hour is illegal in the state.

There are some differences between living in Philadelphia versus Boston you’ll want to prepare for. 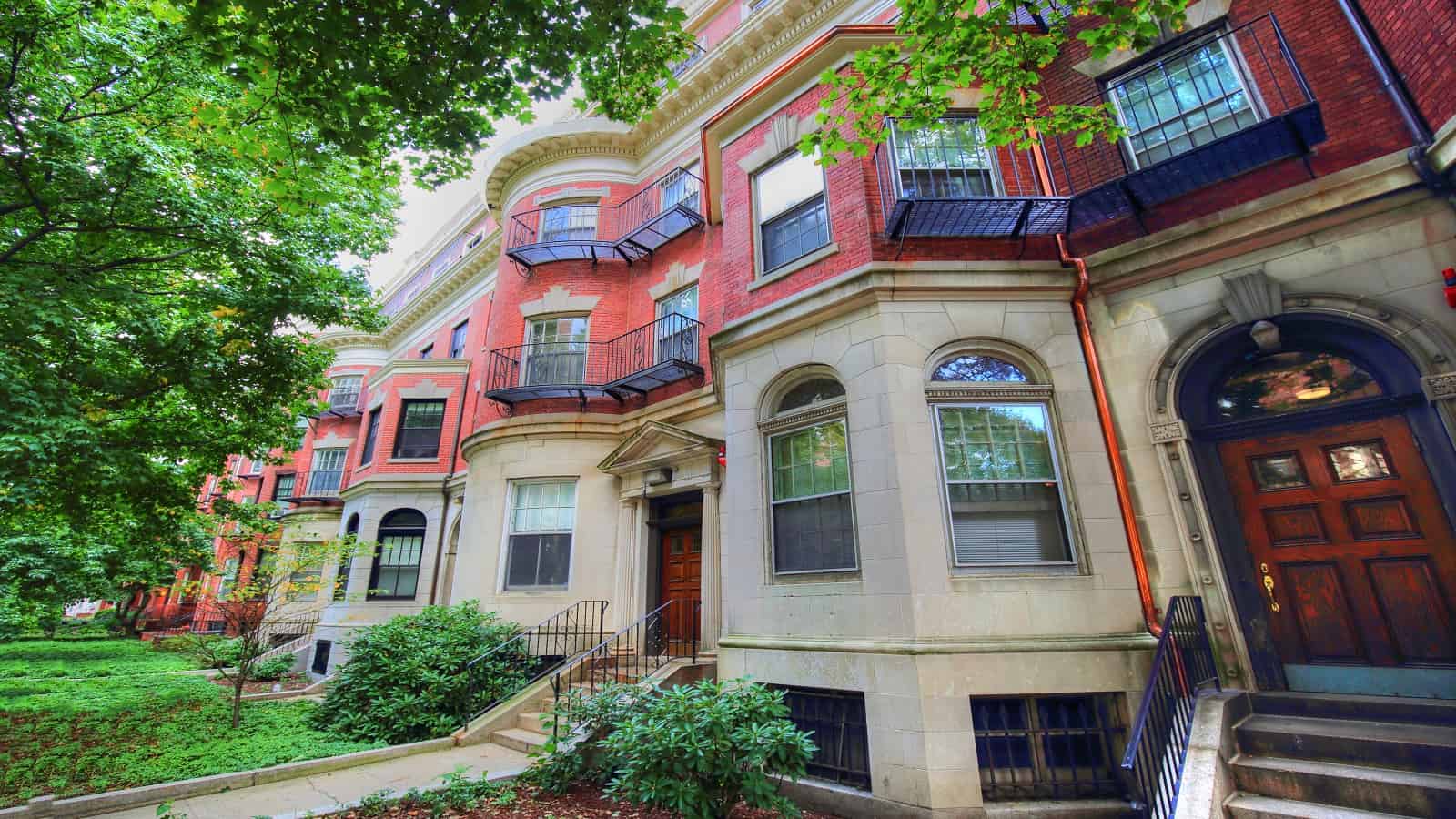 Almost everything is more expensive in Boston vs Philly, especially when it comes to housing. You’ll trade Philly’s rowhouses for Boston’s triple deckers and pay an average of $775,000 for a home in Boston compared to $261,000 in Philadelphia. Average rent in Boston is $3,487 compared to just $1,736 in Philly according to RentCafe.

You’ll also want to brace yourself for colder, longer winters in Boston. While Philly gets about 13” of snow per year, Boston gets 48” with an average winter low that’s 7 degrees lower than Philly. Summers, however, are more comfortable and less humid.

Benefits of Moving from Philadelphia to Boston

Despite the much higher cost of living and cold winters, there are many great reasons for moving from Philadelphia to Boston. Here are some top benefits of living in Boston.

Lower crime in Boston Versus Philly

Boston Is an Even More Walkable City Than Philly!

Another area where Boston beats Philly is walkability, although admittedly not by much. Boston ranks as the third most walkable city in America while Philadelphia is 4th. Only New York and San Francisco rank higher, and they of course come with an even higher cost of living plus massive urban sprawl that you won’t have in Boston.

Boston is one of the top cities in the world for higher education, especially when it comes to business, engineering, medicine, and law. It’s a center for scientific research and the Boston area is home to Harvard University and MIT. Boston also ranks 7th in the U.S. for its public schools while Philly doesn’t crack the top 40. The Boston metro area has some of America’s top high schools with a higher rate of high school graduation and college attendance than Philly.

One of the top reasons for moving from Philly to Boston is for employment. Boston recently placed 10 places higher among top cities for job seekers with far less competition in the jobs market. Boston is a great place to live if you’re looking for a career in medicine, education, finance, insurance, or transportation. It’s also one of the best cities for entrepreneurs!

Philly is famous for its cuisine, but Boston also has a great food scene to enjoy. You’ll need to say goodbye to Philadelphia cheesesteaks, but say hello to hearty New England fare. Boston is known for its innovation, and this applies to cuisine as well. You’ll find fusion cuisine, refined international eateries, and some of the best seafood you’ll ever have. Its New England cuisine includes fresh oysters, lobster rolls, lobster mac ‘n’ cheese, clam chowder, and more.

Think twice before undertaking an interstate move on your own. Long-distance relocations come with unique challenges in addition to the exhausting and time-consuming packing, heavy lifting, and loading. A professional Philadelphia to Boston moving company can help you settle into your new home in no time with a seamless moving day free of surprises.

Here are some of the ways experts can help with your long-distance move. 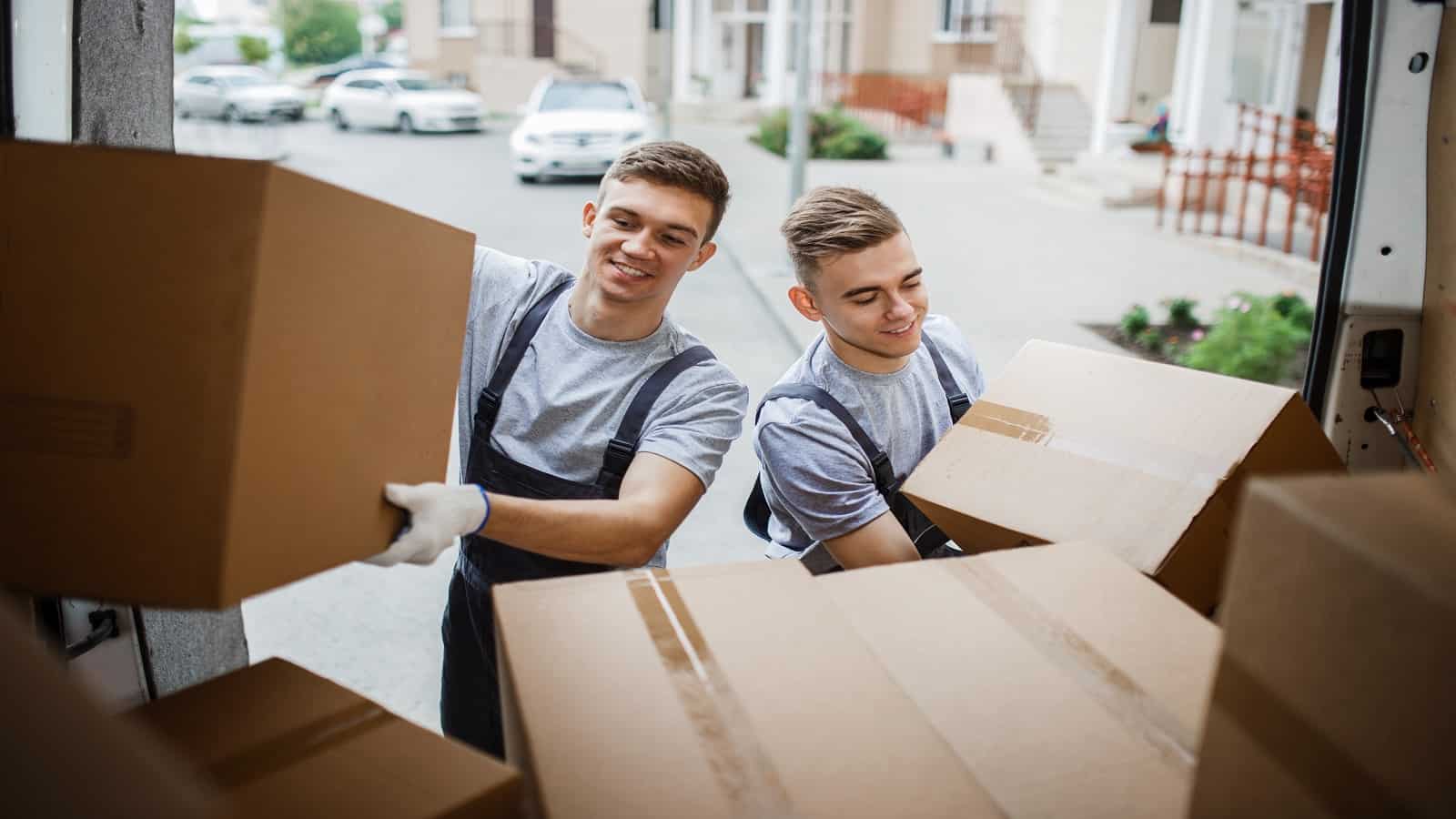 Why Suburban Solutions Is the Best Philadelphia to Boston Moving Company

Don’t trust just anyone with your home and belongings, especially with a long-distance move where so much can go wrong (or get lost!) without the right expertise and training. We recommend making sure the Philadelphia to Boston movers you choose check all the boxes:

Suburban Solutions is a leading long-distance moving company in Philadelphia. Our 80+ vetted movers and drivers have earned more than 1,200 five-star reviews over 10 years thanks to our commitment to excellent customer service, dependability, and transparent rates.

Van lines and freight shipping companies often combine multiple shipments and/or change trucks which increases the risk of damage and loss. You may save money, but your shipment will also take much longer to arrive. When you choose Suburban Solutions, you can rest easy knowing your belongings won’t leave the truck until they are unloaded at your home. You will be able to track your belongings every step of the journey and enjoy the peace of mind that comes with a guaranteed delivery date.

How much does it cost to move from Philadelphia to Boston? There are many factors that must be considered to give you an accurate quote. In addition to the distance between homes, your moving dates, the volume of your belongings, the services you are requesting, and whether you need storage are important. Even the types of items and your level of organization are considered.

The best way to find out how much your move will cost is by requesting a free quote. Suburban Solutions offers guaranteed prices and delivery dates for long-distance moves from Philadelphia to Boston. For one truck, you can expect to pay $2,500 to $4,500 as a general rule.

One of the benefits of hiring Philadelphia to Boston movers is you won’t be driving a large truck hundreds of miles – including through congested New York City traffic!

After movers load everything and head off to your new home, you only need to worry about getting yourself and the rest of your family to your new city. There are several options.

Planning to drive? The distance from Philadelphia to Boston is 305 miles or 5 hours, 17 minutes along I-95 North.

If you’re moving without a car, you have other options for moving from Philly to Boston. A nonstop flight from Philadelphia (PHL) to Boston (BOS) is just over an hour. Many carriers operate nonstop flights between the cities including American Airlines, Delta, and JetBlue. Transportation by train is common in both cities. Amtrak’s Acela Train offers service from downtown Philadelphia to downtown Boston!

Are you looking forward to the new opportunities awaiting you in Boston? Call Suburban Solutions today for a free moving quote from the #1 Philadelphia to Boston movers!