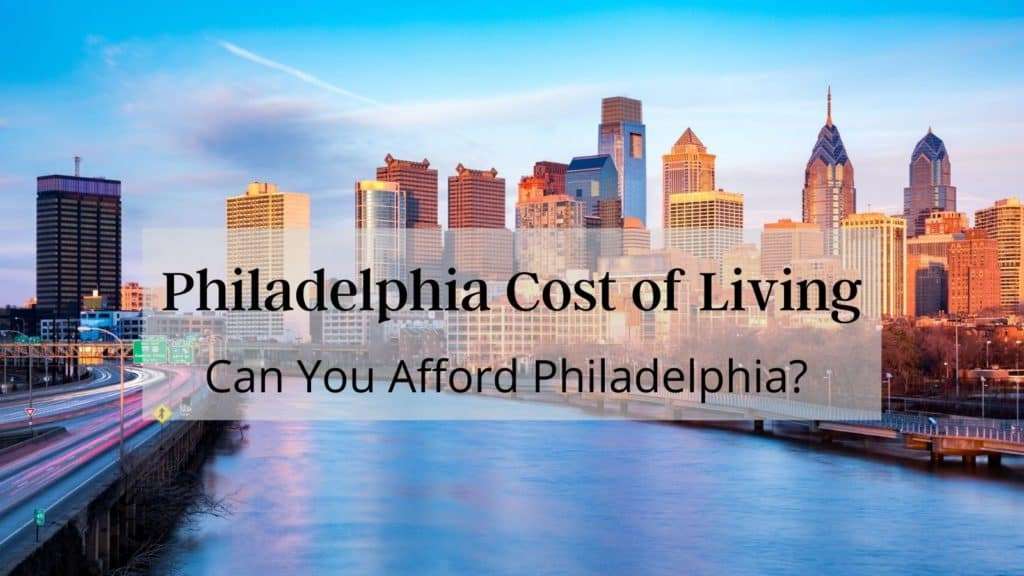 Philadelphia Cost of Living [2022] | 💰 Can You Afford Philadelphia? [Data]

Are you thinking about settling down in Philadelphia? One of the most important considerations when deciding where to live is the city’s cost of living. Is Philadelphia affordable? You’ll find the Philly area is a bit more expensive than the national average but many common spending categories like utilities are lower than average. Your cost of living in Philadelphia will also depend on where you decide to live, whether it’s downtown, in an affordable neighborhood, or in one of Philadelphia’s popular Main Line suburbs.

Here’s a complete guide to the Philadelphia cost of living with info on groceries, salary, rent, taxes, and more to help you decide if it’s the right place to call home.

Housing and groceries are more expensive than the U.S. average but utilities and healthcare are very close to average. The average cost of groceries in Philadelphia is 18% higher than the national average and housing is 15% more expensive.

According to the BLS Consumer Expenditures for Philadelphia, people in the city spend their household income about the same as the rest of the country except when it comes to entertainment which accounts for 4.5% of the average household budget in Philly. Philadelphia residents spend 32.8% of their budget on housing, 15.6% on transportation, and 12.6% on food.

How much does it cost to live in Philadelphia? One of the best ways to answer this question is by looking at how much you’ll pay for food, groceries, gasoline, utilities, and other necessities. Philadelphia is a fairly affordable place to live close to the national average cost of living. Here’s what people pay for some common items so you can compare it to what you pay now.

According to the BLS, the cost of electricity in Philadelphia is $0.15 per kilowatt hour (kWh) which is 12.7% higher than the national average. The average household uses 914 kWh per month or $137.55 per month.

You might also be interested in the cost of other expenses that are uniquely Philly. Want to catch a Philadelphia Eagles game? While average tickets at all NFL stadiums are over $100, the Eagles are among the top 5 most NFL expensive teams to see with an average ticket price of $162 or over $480 on the secondary market! To visit the iconic Philadelphia Museum of Art, expect general admission of $25 for adults with free admission for people 18 and under.

You can grab an authentic Philly cheesesteak at the famous Dalessandro’s Steaks starting at $9.25.

Philly is nearly equally divided between renters and homeowners with a homeownership rate of 52.7%, below the national average of 64%. The Philadelphia housing market is only somewhat competitive with homes going pending in an average of 43 days. The average home price in Philadelphia is $248,000, close to the U.S. median list price of $227,000. The average price per square foot is $169. 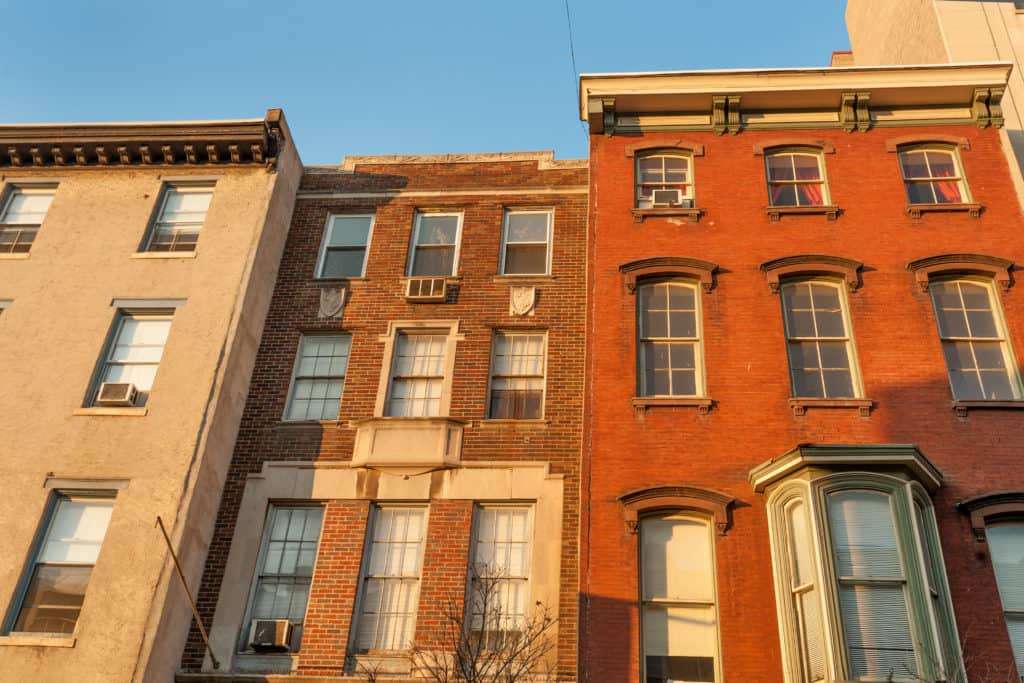 The Philadelphia housing market has recently reached new highs with home prices reaching a 10-year high thanks to low inventory. Since 2015, the median home price in Philadelphia has skyrocketed an amazing 41%! Between 2019 and 2020, Philadelphia real estate appreciated at a rate of 3.3%, booming despite lagging real estate prices in many other major cities. The median number of days on the market in one recent month was just 16, a 10-year low for Philly.

The most expensive neighborhoods in Philly for renters are the city center, Fairmount-Spring Garden, and Wharton-Hawthorne-Bella Vista where rent prices are about $2,500 per month on average. In areas like Frankford, Tioga-Nicetown, and Summerdale, average rent is $800 to $900. By comparison, the U.S. average rent price of about $1,500.

How much do you need to earn to live in Philadelphia? It helps to start with the average salary in Philadelphia which is $69,000. The average hourly income is $18.73. Wages have trended upward 0.7%.

Here’s how much you can expect to make in common jobs:

The median household income in Philadelphia is $46,116. That means half of households make more than that amount and half make less.

Before settling on a place to live, don’t forget that taxes play a big role in living costs and your take-home pay. When considering the cost of living in Philadelphia, here are the taxes you can expect to pay. 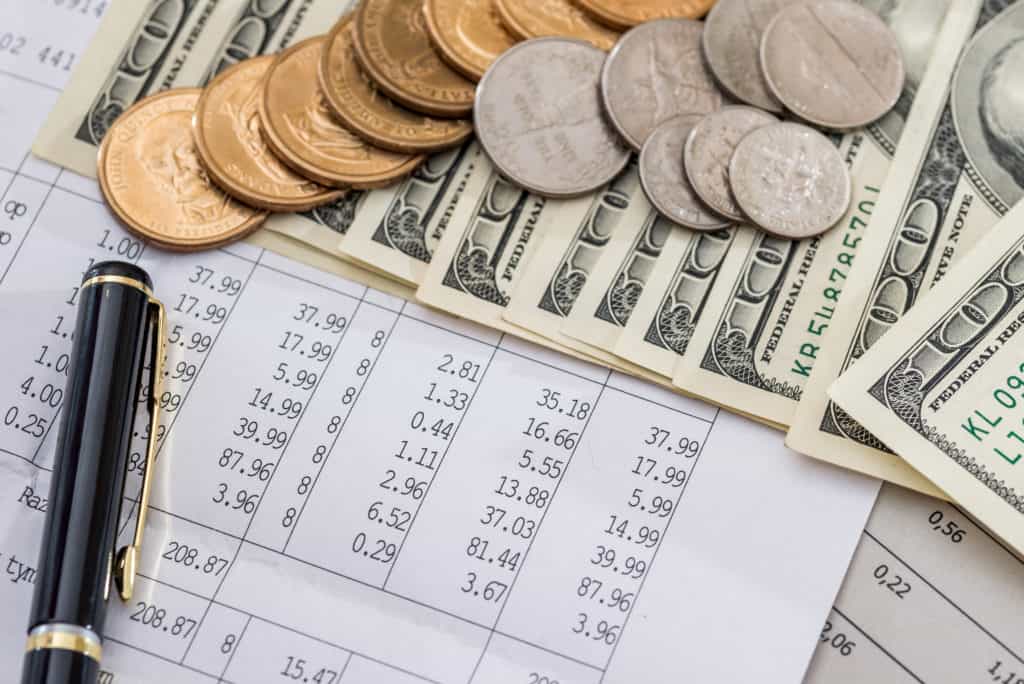 Note that Philadelphia also charges a municipal income tax called the Local Earned Income Tax. The municipal tax rate is 3.8809% for residents and 3.4567% for non-residents working in the city. This tax rate goes down a bit every year: in 2015, it was 3.924%.

Deciding between New York and Philadelphia? Your money will definitely go farther in Philadelphia compared to New York, one of the most expensive cities in the US. When you compare the cost of living in Philadelphia versus New York, you’ll find you need $8,345 in New York for the same quality of life you get with $5,200 in Philly. Here’s how it breaks down:

Philadelphia has so much to offer with a great jobs market, rich history, and a fairly affordable cost of living. Have you settled on living in Philly? Call the trusted Philadelphia movers at Suburban Solutions today for a free moving estimate to get started!