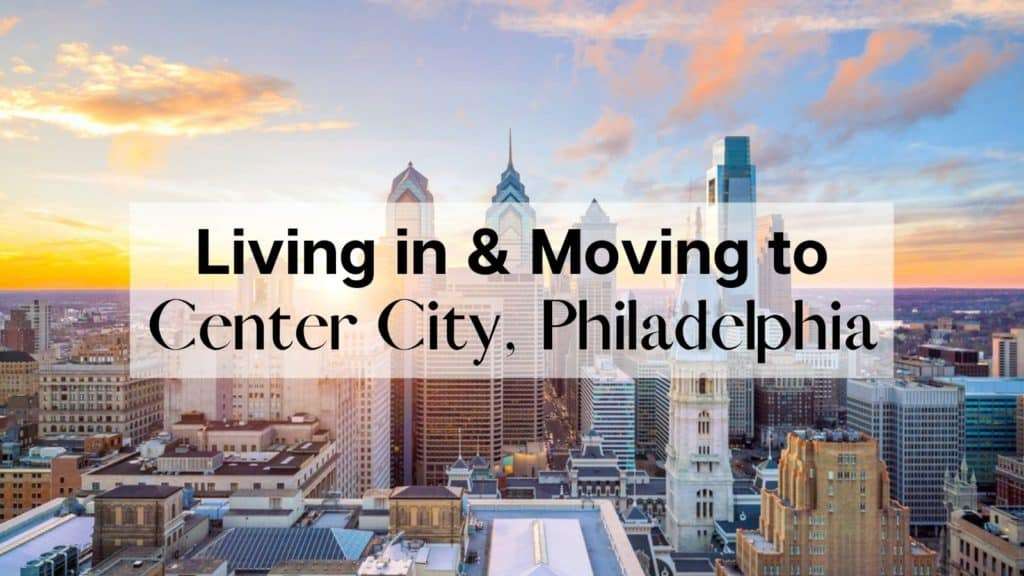 While most cities call their most bustling business districts “downtown”, Philadelphia calls theirs “Center City”. Between the unique history and great amenities offered in this area, it’s no wonder why more people are moving to Center City and calling this popular community their new home.

Is Center City a good place to live? Known for being one of the best neighborhoods in Philadelphia for young adults, there is so much to love about this historic part of town.

As you think about whether living in Center City is right for you, there are a few things you should know to help you make the best decision.

Originally founded by writer and English Quaker William Penn in 1682, the city of Philadelphia used to only cover an area of about 2.25 square miles. Over the years, it has since grown to the massive metropolitan area it is today, spanning more than 141 square miles. But that small space of land where it all started is now part of what we know now as Center City. 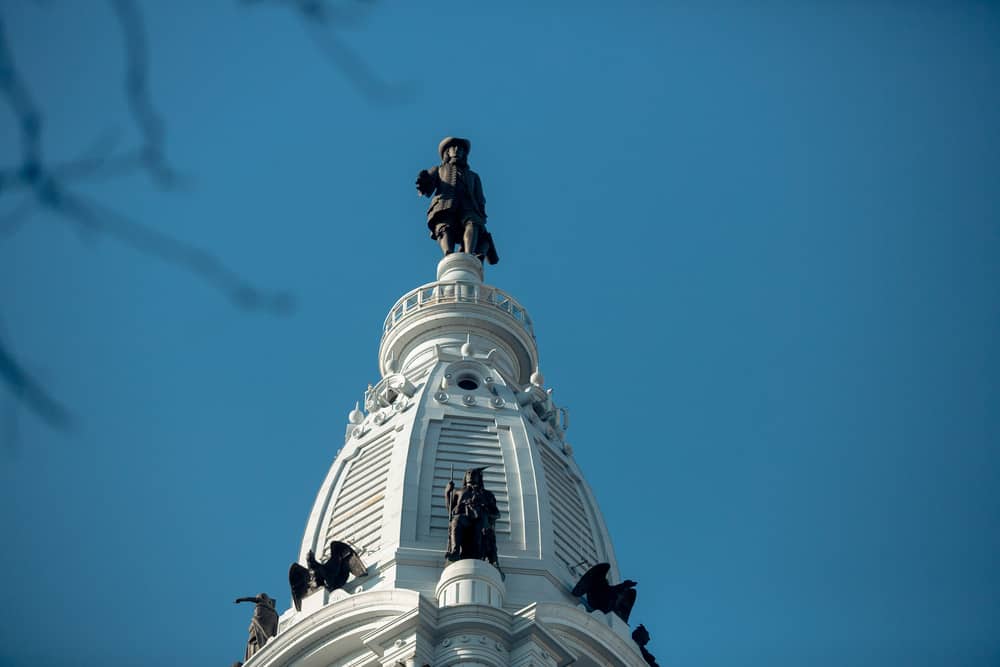 This seemingly simple name dates back to the mid-1800s when local newspapers and other publications began calling this beloved Philadelphia neighborhood terms like “center of city” and “centre of city”. It generally became more frequent as time moved on with locals accepting the literal sense of the words as the new community name.

It was during the 1920s that Center City became the most common term for what most people would otherwise know as downtown Philadelphia.

Anyone thinking about moving to Center City will truly find themselves in the heart of Philadelphia, PA. While it started as a tiny 2.25-square mile area, the Philly neighborhood has since expanded to nearly 8 square miles of business districts and residential space. The neighborhoods include Chinatown, Logan Square, Franklintown, Fitler Square, Midtown Village, Rittenhouse Square, Society Hill, Washington Square West, French Quarter, Market East, and Old City.

Center City is bordered by the Delaware River and New Jersey state line to the east and the Schuylkill River to the west. The perimeter along the northern edge ends at Spring Garden Street and the southern border stops at South Street.

Because of Center City’s walkability and easy access to most amenities nearby, having your own personal vehicle is unnecessary unless you work in another part of the city. The community benefits from the reliable Philadelphia local transportation system with available services from the Southeastern Pennsylvania Transportation Authority (SEPTA) and PHLASH buses. Residents living in Center City also have the option of contacting Uber and Lyft drivers if they need a ride somewhere.

With a population of around 193,000 residents, the Philadelphia neighborhood of Center City is the second-most densely populated downtown area in the United States, only behind Manhattan, New York. The gender split ratio leans in favor of women as the Center City population consists of about 53.5% female and 46.5% male.

Since only about 10% of the population in this area are children under the age of 18, it’s not usually seen as a family neighborhood in Philadelphia. Instead, the largest portion of the community is made up of young adults between the ages of 18 and 34 years old, adding up to about 40% of the population. 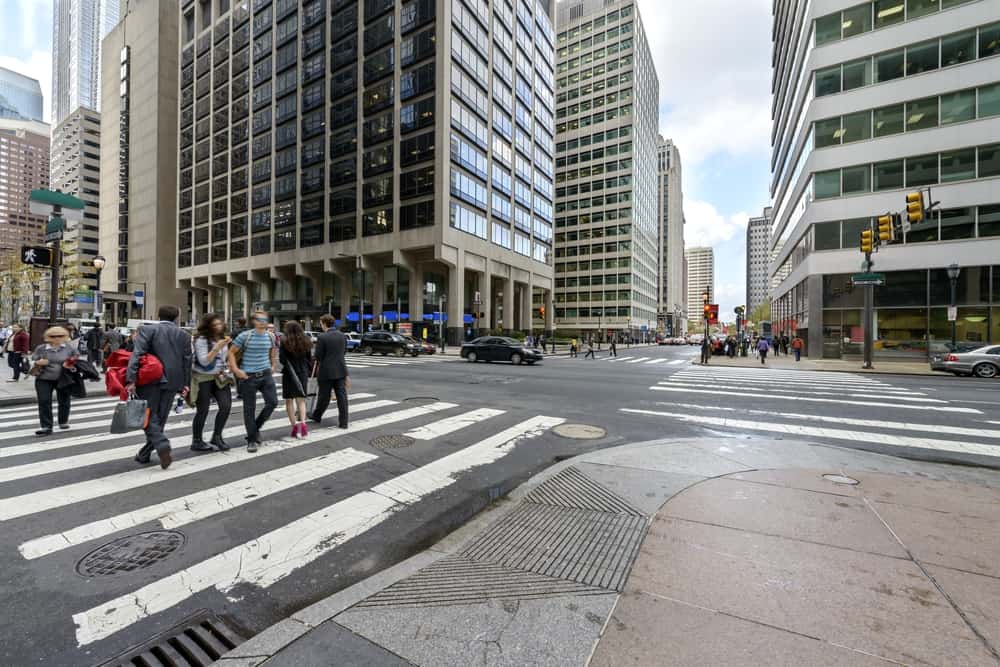 The culture of Center City isn’t considered overly wealthy. But with a median household income of about $76,602 per year, it is more affluent than the national average. Some of the most common careers in Center City include jobs as healthcare professionals, college professors, business managers, accountants, nurses, marketers, and more.

As the central location of town, Center City does have a higher crime rate than the Philadelphia average when considering other areas on the outskirts.

Places to Eat, Things to Do, & Shopping in Center City, Philadelphia

Convenient shopping, exciting activities, and classy restaurants can be found all over town, providing people residing in Center City with a comfortable lifestyle.

Located right around the corner from Philadelphia City Hall, Fogo de Chão Brazilian Steakhouse is one of the best places to eat in Center City. It is an upscale restaurant serving classic Brazilian cuisine and delicious cuts of steak including filet mignon, picanha, ribeye, New York strip, and more. Diners can also enjoy other entrees like sea bass and salmon while drinking something from their barbook.

Near the community of Rittenhouse Square, another one of the top Center City restaurants is known simply as Parc. As the best place to get seafood in Philadelphia, their delectable menu features everything from shrimp and scallops to roast duck and trout.

Making your way around the community, you’ll find plenty of fun things to do in Center City including all the attractions at Independence National Historical Park. Spanning a large space of about 20 city blocks, this area features a massive amount of American history including the Liberty Bell, the Museum of the American Revolution, and Independence Hall.

Another one of the top Center City attractions can be found near the northwest border of the community at The Franklin Institute. This large science museum boasts incredible displays, interesting exhibits, and even a planetarium.

You’ll have more than enough places to get your shopping done after moving to Center City in Philadelphia. The retail mall known as The Shops at Liberty Place has a nice food court and an impressive lineup of stores that includes Loft, Orangetheory Fitness, Claire’s, GNC, Express, J. Crew, and many others.

And whether you want to catch a movie at the AMC Theatres or enjoy a game of bowling at Round1, the Fashion District Philadelphia is another one of the best places to visit in Center City. Along with entertainment options, the mall also offers shopping at Burlington, Nike Factory Store, H&M, Ulta Beauty, Pandora, Forever 21, Aeropostale, and more.

Like many other downtown areas across the United States, only about 39% of residents living in Center City are homeowners. While the other 61% rent their living spaces instead.

If you do want to look at purchasing property or an apartment in town, the median listing price in Center City is about $525,000. These numbers can always be negotiated and buyers typically end up with a median sale price per square foot of about $357. On average, homes spend about 44 days on the market, and newcomers relocating to Center City will need an average of 18.2% for their down payment. 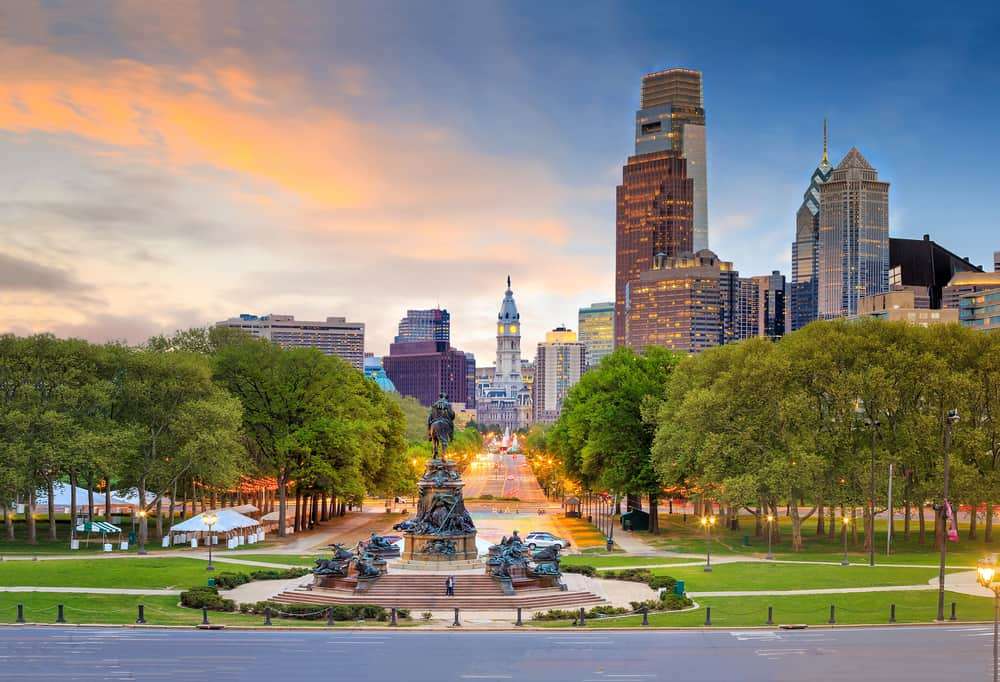 One the other hand, the average price of rent in Center City ranges from about $1,690 per month for a one-bedroom apartment up to around $3,000 per month for a 3 or 4-bedroom location. The cost will generally depend on your area and the location’s amenities.

Whether you decide to rent or own, many buildings in the area offer great views of the city and convenient access to popular things to do nearby. A few of the top communities in Center City are:

Living in Center City, Philadelphia is a Great Choice

If moving to Center City sounds like a dream come true, then our experienced Center City movers are here to help you with the transition. Enjoy everything that living in Center City offers by contacting Suburban Solutions today at (610) 314-6868 or complete the Request a Quote form above for a free moving estimate!