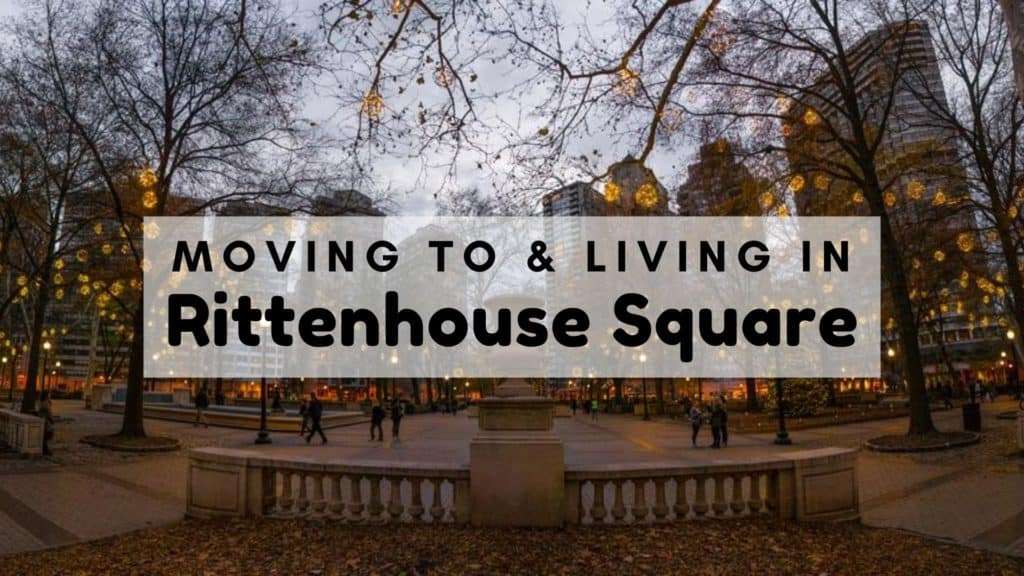 Once called Southwest Square, the Philadelphia neighborhood of Rittenhouse Square was renamed after David Rittenhouse who was a descendant of Philadelphia’s very first paper maker.

About half a mile from downtown Philly, the community of Rittenhouse Square is located right in the heart of City Center. Known for its large, iconic park, this neighborhood is frequently recognized as a great place to live. People living in Rittenhouse Square have access to a wide variety of perks and a great lifestyle.

As you consider moving to Rittenhouse Square, there are a few things you can learn to determine whether this community is a good fit for you.

Even though it covers a small area, most of Rittenhouse Square consists of multi-level buildings, apartments, and condos. This makes room for the local population of 21,582 residents to live comfortably. The area has a median age of 34 years old, giving it a younger and more hip feel for people residing in Rittenhouse Square.

The area has seen a minor increase in diversity over the past decade or so with Rittenhouse Square demographics consisting of about 74% Caucasian, 12% Asian, 6% Black or African American, and 6% Hispanic or Latino. There is also a significant gap in the Rittenhouse Square gender ratio has the population is made up of 45.78% male and 54.22% female.

A few of the most popular cultural locations nearby include the Rosenbach Museum & Library, the Curtis Institute of Music, the Philadelphia Art Alliance, as well as the Civil War and Underground Railroad Museum.

3. Best Things to Do in Rittenhouse Square Neighborhood

Squeezing a wide range of enjoyable activities and amenities into the small area, people relocating to Rittenhouse Square will find a great variety of fun things to do. Among them is the area’s namesake Rittenhouse Square Park, where visitors can walk through a gorgeous green space and attend local events that are held throughout the year. The park is filled with trees, fountains, and beautiful outdoor sculptures such as the Lion Crushing a Serpent, the Duck Girl, Billy, Evelyn Taylor Price Memorial Sundial, and more.

As long as you’re not afraid of heights, another one of the top things to do in Rittenhouse Square is to go up to the One Liberty Observation Deck. Offering 360-degree panoramic views of the entire city of Philadelphia, the observatory is located all the way up on the 57th floor. Since the deck is open morning, afternoon, and night, visitors can see the beauty of their city at any time of the day.

While there may be the obvious Philly Cheesesteak spots dotting the map of downtown Philadelphia, there are many other options when it comes to great places to eat in Rittenhouse Square. Among these choices is a traditional bistro known as Parc, which features of a menu of dishes like Trout Amandine, Mediterranean Sea Bass, scallops, burgers, Spaghetti Bolognese, steaks, and much more. The serene setting is reminiscent of an eatery found in Paris.

Fashioned after a British pub, The Dandelion offers a classy atmosphere and stands as another one of the best restaurants in Rittenhouse Square. On their menu, you’ll find New England Oysters, Tandoori Chicken, Scottish Salmon, Lemon Barley Risotto, burgers, and more. They also have a long list of beverages including cocktails, wines, craft beers, and many others.

When looking into the cost of living in Rittenhouse Square, you’ll find it is one of the most expensive places to live in Pennsylvania. From basic expenses to the local housing market, you’ll want to make sure the prices fit your budget.

With only about 36% of residents living in Rittenhouse Square being homeowners, it’s not very common for people to purchase property here. But if you are interested in owning a location, the average price of a home in Rittenhouse Square is about $579,000. As you look through the various styles and types of Rittenhouse Square, PA homes for sale, you’ll see tiny studio apartments starting around $150,000 up to large condos and apartments for as much as $8 million.

The average required down payment in Rittenhouse Square is about 5% as homes end up selling for a sale price of about $456 per square foot on average. Most locations spend about 50 days on the market, providing plenty of time for you to determine whether a home will fit your needs and your budget.

The majority of people moving to Rittenhouse Square end up leasing their living space instead of buying. The most recent statistics show the average price of rent in Rittenhouse Square is $1,981. Your monthly rent will depend on the location, size, and amenities that come with it.

Covering only about one square mile, the community of Rittenhouse Square is located in Philadelphia County. Although it doesn’t take up a lot of space, the area still includes three zip codes: 19102, 19103, and 19146. If you plan on getting a local phone number while you are living in the Rittenhouse Square neighborhood, plan on an area code of either 215 or 267. 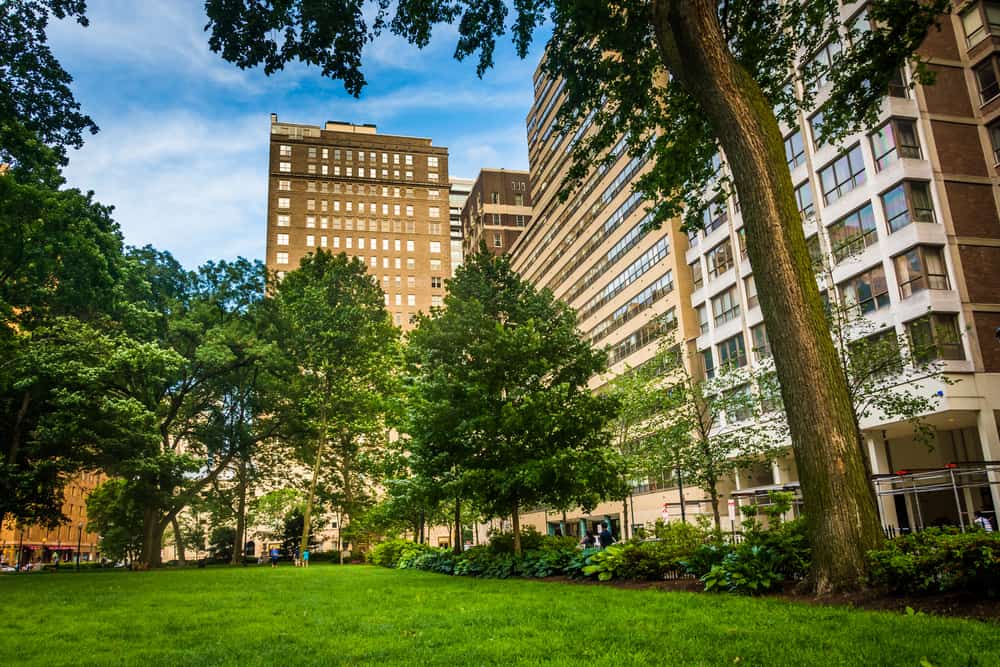 While Rittenhouse Square is its own neighborhood, you’ll find a wide range of great homes and apartment communities in the area including:

When it comes to local transportation, you’ll find there are many great ways to get around Rittenhouse Square. Residents enjoy easy access to Southeastern Pennsylvania Transportation Authority subways and buses, making it easy to travel from place to place.

People residing in the neighborhood of Rittenhouse Square also love the many convenient places to shop nearby such as the Shops at Liberty Place, Target, CVS Pharmacy, Concourse at Comcast Center, 7-Eleven, Fashion District Philadelphia, Trader Joe’s, and the Rittenhouse Market.

With a decent amount of local school children living in Rittenhouse Square, parents are happy with the city’s School District of Philadelphia.

The district offers close by schools in Rittenhouse Square such:

While some colleges and universities are nearby in other parts of Philadelphia, Rittenhouse Square is home to a handful of trade schools and The College of Physicians of Philadelphia.

Being so close to downtown Philadelphia, newcomers relocating to Rittenhouse Square will find the city has a strong job market. The median household income is about $73,611, which is almost $10,000 higher than the national average. Rittenhouse Square jobs can be found across various industries like healthcare, education, tech, and transportation.

Some of the largest local employers providing jobs in Rittenhouse Square are:

Due to its close proximity, most people living in this city commute from Rittenhouse Square to various parts of Philadelphia for work.

Although it can get chilly at certain times of the year, residents moving to Rittenhouse Square will be pleased to know the area offers many enjoyable outdoor activities they can enjoy during every season. This includes popular places like the city park, Love Park, the Schuylkill River Park, as well as Logan Square. 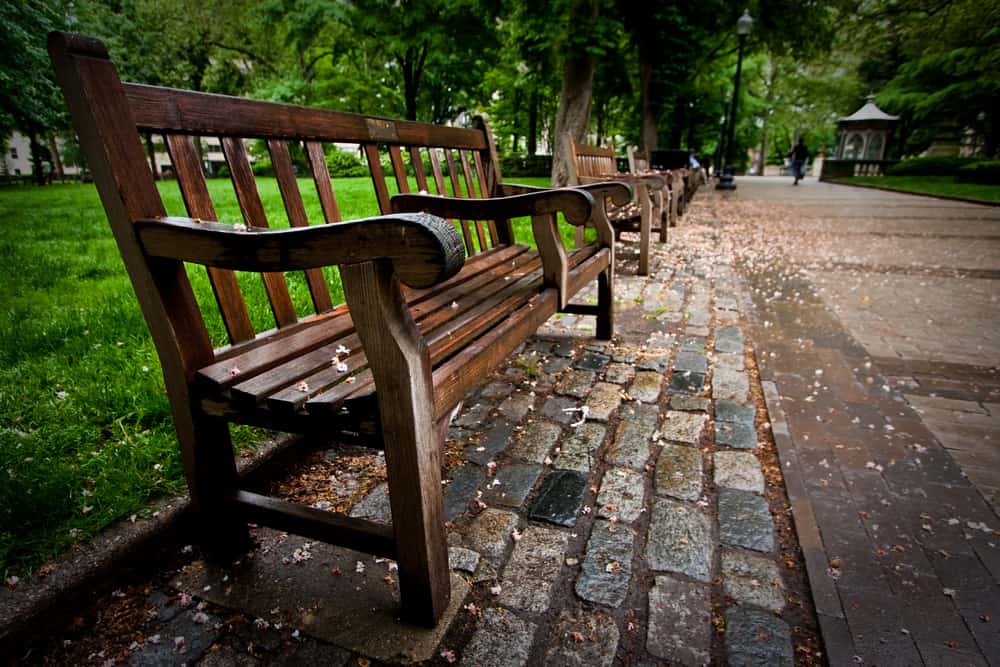 If relocating to Rittenhouse Square sounds like the perfect fit for you, then we have a team ready to help you get there. Our professional Rittenhouse Square movers are the most efficient and helpful crew in town. Give us a call today at (610) 314-6868 or fill out the Request a Quote form above for a free moving estimate!