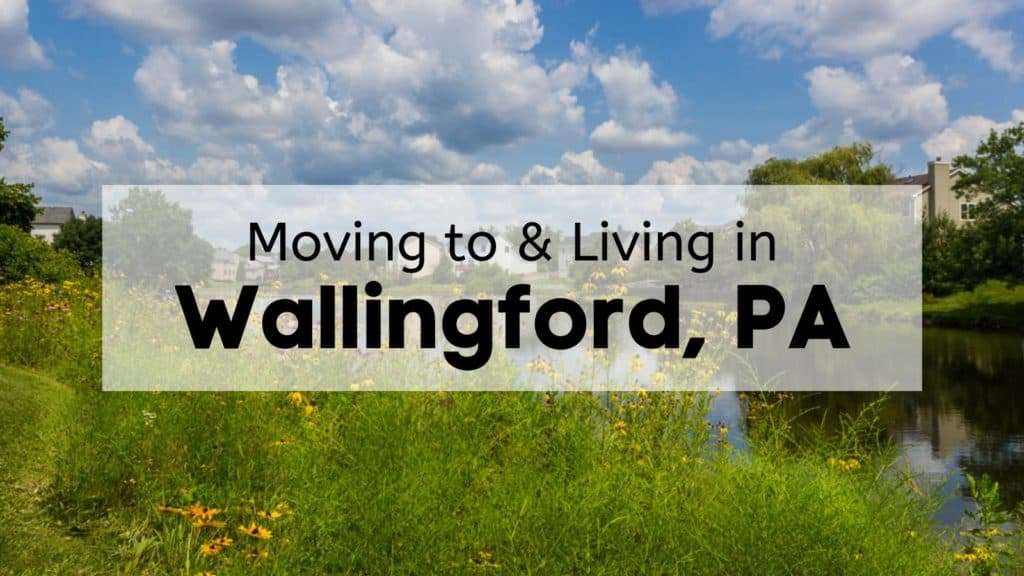 Is Wallingford, PA a Good Place to Live? [2022] | 🙆‍♂️ULTIMATE Moving to Wallingford Tips

Wallingford, PA is an unincorporated community that can be found about 17 miles southwest of downtown Philadelphia. It is part of Nether Providence and is bordered by Springfield, Folsom, Woodlyn, Brookhaven, Glenolden, Media, Morton, Norwood, Parkside, Prospect Park, Ridley Park, Rose Valley, and Rutledge.

The area now called Wallingford was originally settled in 1687 and founded in 1776 and has since grown into a wealthy area with upscaled communities. In the past couple of decades, Wallingford has been recognized by multiple publications as one of the best places to live in the United States. Wallingford was named after Wallingford, England.

Wallingford is a great place to live and is known for being an affluent bedroom community for people who travel to nearby areas like Philadelphia for work.

Learn the reasons why people are moving to Wallingford as you get the important facts like the local demographics, fun things to do, and beyond.

How many people live in Wallingford? Slow growth has been consistent in the area as only a handful of newcomers are relocating to Wallingford from year to year. The Wallingford population is 11,746 people with a median age of 44 years old.

Wallingford demographics show minimal diversity with about 90% Caucasian, 5% Black or African American, and 5% Asian. There isn’t much of a gap in the gender ratio with a near-even 50-50 split of male and female. The median household income in Wallingford is $119,284 per year. 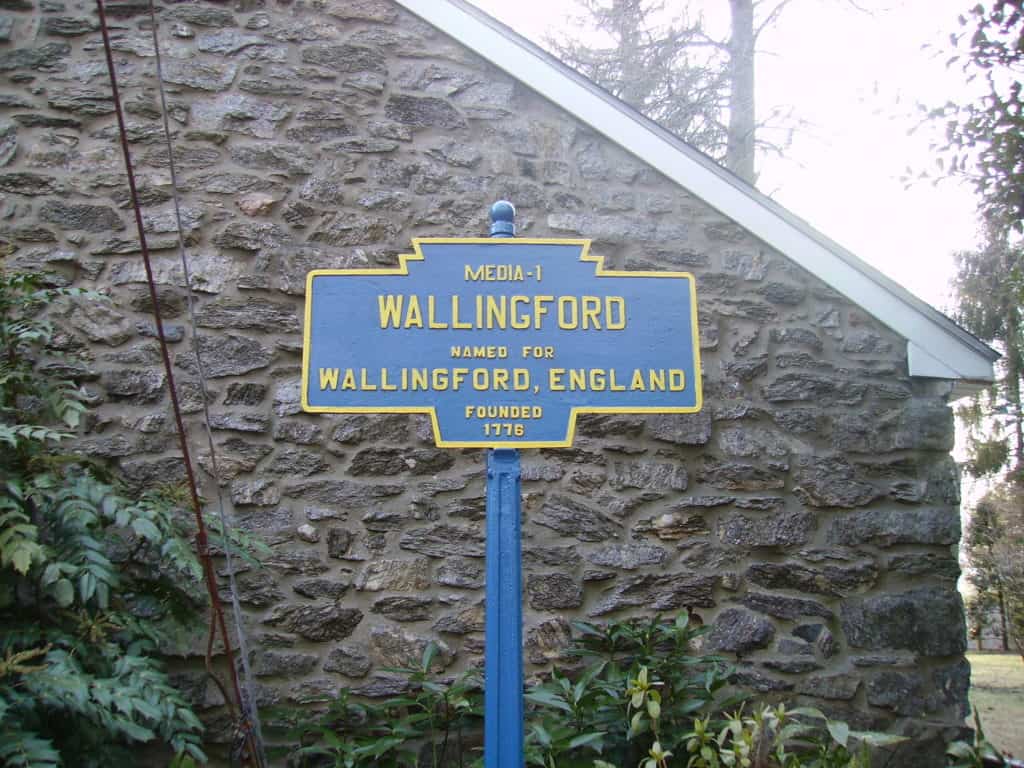 People residing in Wallingford are protected by the men and women who make up the Nether Providence Township Police Department with around 10 police officers on the force.

2. Cost of Living in Wallingford, PA

Where should you live in Wallingford? With low crime rates in the community, it’s easy to find safe neighborhoods in Wallingford for families, students, and retirees.

Wallingford operates more than 5 nearby parks and other outdoor activities, which are all maintained by the Nether Providence Parks and Recreation Department.

There’s a great assortment of convenient shopping in Wallingford at stores like Walmart, Goodwill, The Home Depot, Target, and the local Swarthmorewood Shopping Center.

For anyone who wants to commute from Wallingford to Philadelphia, it’s a 17-mile drive that takes about 30 minutes in each direction.

The weather in Wallingford varies with four distinct seasons throughout the year that include warm, mild summers and freezing cold winters.

There is a continental climate in Wallingford, which brings an average of 43 inches of rain per year as well as 15 inches of annual snowfall.

The average temperature in Wallingford in summer is between the low 70s and upper 80s during the warmest months. As winter rolls around, these temps dip below freezing at night, reaching lows in the upper 20s and highs in the mid-40s.

5. Things to Do in Wallingford

Newcomers moving to Wallingford will find this small community is surrounded by plenty of interesting places to visit, fun outdoor activities, and exciting attractions.

One of the best points of interest in Wallingford is the historic Leiper Park, covering 6 acres of beautiful scenery and open space. The park offers picnic tables and has gorgeous green trees that make the perfect setting for family outings, walking, jogging, or simply lounging around.

A can’t miss thing to do in Wallingford for golfers is the beautiful 18-hole golf course at The Springhaven Club. This local country club was established in 1904 and offers everything from a driving range and a chipping green to private events and more.

When you’re living in Wallingford, you’ll no doubt want to know all about the top spots you can go out to eat at any time of the day.

One of Wallingford’s best places to eat is Swarthmore Pizza, a top-rated spot for delicious Italian pies. Their fantastic menu includes great dishes that include pasta, parmigiana, cheesesteaks, and of course pizza.

Whenever you’re in the mood for a juicy burger or a classic sandwich, head over to Antonia’s for a bite to eat. This popular restaurant in Wallingford offers good eats for breakfast, lunch, and dinner.

The average salary in Wallingford is $85,000 per year. There is a 3.1% state income tax rate for residents living in the area. Wallingford’s current unemployment rate is about 7.1%.

Local Wallingford jobs are available with companies both in town and in surrounding cities. The best places to work in Wallingford are:

There are about 3,171 children between the ages of 0 and 18 years old living in Wallingford, which is about 27% of the community’s total population. Wallingford is an excellent place for families to live with its great schools and safe neighborhoods for kids.

Local schools in Wallingford are within the Wallingford-Swarthmore School District and include campuses at top-rated places like: 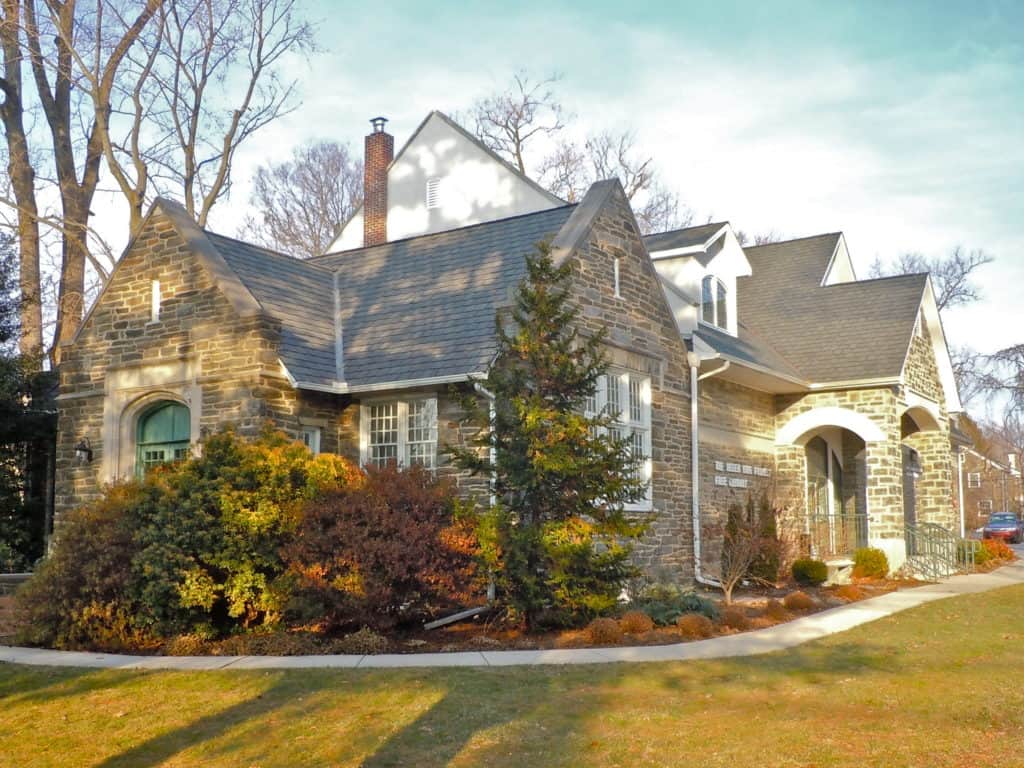 The closest colleges and universities to Wallingford are Swarthmore College and Widener University.

The local Helen Kate Furness Free Library is a nice place for students, adults, and kids to rent books or movies at no cost.

The elevation in Wallingford is 131 feet above sea level.

Although it’s a small area, this Wallingford map will help you find other fun things to do, local attractions, and other places to visit nearby.

Tips for Living in Wallingford

Based on the information found above, have you made the decision that Wallingford is a good fit for you? If you’re getting ready to move to this awesome community, the helpful Wallingford movers here at Suburban Solutions are ready for the job. Give us a call today at (610) 314-6868 or fill out the Request a Quote form on this page for a free moving estimate!