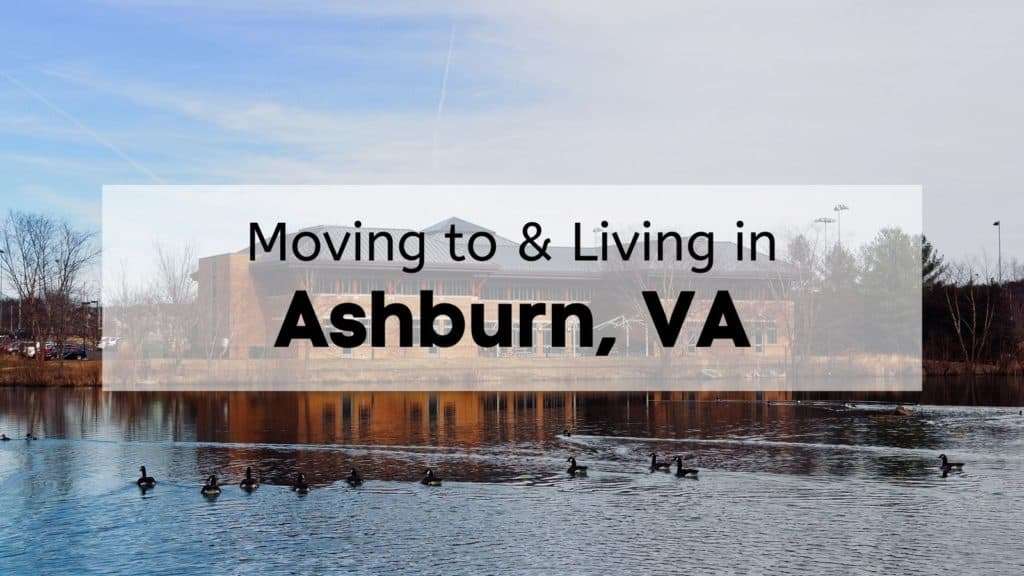 North-west of America’s capital, Ashburn is a beautiful census-designated community in Virginia’s Loudoun County. Known as the “bullseye of America’s internet”, Ashburn is a tech-oriented affluent community with many residents who work within Washington, D.C. Initially called “Farmwell”, settled sometime before the 1800s, the community had its name changed to “Ashburn” circa 1870, and was since used as a peripheral settlement for those who worked in the District of Columbia. Nowadays, many high-tech companies make their home here, and so do many important government employees. Notable people who live here include former director of the CIA Gina Haspel and actor Patton Oswalt.

Ashburn has a population of 49,848 distributed over 17.2 miles at a population density of about 2,900 people per square mile. The median age here is 37.6, which is about the same as the Virginia average of 38.2. The median household income in Ashburn is $132,331, which is more than 1.5 times the average household income for the state of Virginia, being $74,222. Ashburn VA is an affluent community.

Thinking about moving to this community, but wondering if Ashburn is a safe place to live? In terms of crime, it should be of no surprise that Ashburn is by and large crime-free and a very safe place to live, earning an excellent A+ on Areavibes. The general crime rate here is 68% lower than the national average. Ashburn’s police department is the Loudoun County Sheriff’s Office.

Cost of Living in Ashburn, VA

It’s no secret that Ashburn, like many communities surrounding the capital, is pretty pricey, with the cost of living here being 51% higher than most places in the United States, according to Bestplaces. The median home price in Ashburn is $493,400, which is nearly double the average Virginia home price of $273,100. If you choose to move to Ashburn, you’ll find that you’ll be paying more than the average for groceries and transportation, but less for utilities. In terms of renting in Ashburn, rent prices here are certainly not bucking the trend of being heavy on the wallet, at $2,016 per month for all units.

It can be difficult to understand what abstract cost of living percentages and trends mean, so take a look at everyday expenses you can expect to pay while living in Ashburn, provided by Numbeo.

Ashburn isn’t a large enough community to have distinct neighborhoods, per se. If anything, it’s a neighborhood-like community in the larger community of Loudoun County. However, there’s still plenty to know about Ashburn! Check out some of your neighborhood options below:

Ashburn is located in Loudoun County’s eastmost area, and has a variety of housing arrangements suitable for all sorts. Planned communities like Ashburn Village, apartments, and more typical homes all make their homes here, many built recently for capital workers, some there since the founding of the community.

When the second phase of the Washington Metro Silver Line is complete, Ashburn will have two stations.

If you want to make yourself a part of any of this community, you should check out the latest listings for homes for sale in Ashburn, VA.

Virginia and the East Coast can be temperamental when it comes to climate. Humid heat and chilly winters can all be experienced here, but the ocean keeps the summers pleasant. You can expect lows of 23 degrees Fahrenheit during the winter months, and highs of 87 degrees Fahrenheit during the summer months. Ashburn experiences more than the average amount of rainfall when compared with the rest of the United States, with 42 inches per year as compared to 38 inches. Meanwhile, Ashburn experiences less than the average in snow, 22 compared to 28. The best times to visit Ashburn, in terms of comfort rating, are June and September.

Things to Do in Ashburn, VA

When your town is home to some of America’s most important people, you can bet it’ll have lots to buy, do, and eat! Check out shopping in the area like the beloved Ashburn Village Center for all your shopping needs! You should also check out some of the best things to do in Ashburn, VA below:

Want the thrill of skydiving without the potential for a speedy collision with the ground? iFLY provides indoor facilities for the simulation of skydiving within a safe and secure environment, sure to be a blast for you and your friends.

If you’d rather spend your day in Ashburn outdoors, Ashburn Park may be a good spot for you. Featuring nature trails, play equipment, and a multitude of picnic areas, Ashburn Park shows off all the natural beauty the Loudoun area has to offer.

The community of Ashburn is served by the Loudoun county parks system, which is home to dozens of wonderful outdoor attractions. See all of the most interesting parks at the Loudoun County parks & recreation site.

Places to Eat in Ashburn, VA

Alongside its host of things to do, Ashburn is also home to plenty of great eats! Check out some below:

No, that lowercase isn’t a typo, and that’s how you know this place is hip and chic! Mostly dealing in pizzas and assorted American dishes, matchbox is popular with locals for their excellent fare made with the finest ingredients, all served in an environment that would make a Brooklyn hipster swoon.

Who doesn’t love a good steak? Not Ashburn residents, that’s for sure, and with D.C. Prime Steaks, your cow meat cravings will be fulfilled. A favorite among not only among Ashburn locals but those of the entire D.C. area, this restaurant’s cuts are to die for!

Being right next to the capital has its benefits, one of which being access to fantastic schooling. Ashburn residents are served by the Loudoun County Public School District, with 36% of their nearly a hundred schools rated “Above Average” by GreatSchools. Ashburn in particular has fantastic schools, highlights including Mill Run Elementary School, Eagle Ridge Middle School, and Briar Woods High. You can rest easy knowing your child will have access to some of the best education in the country during your stay in Ashburn!

Students and others in Ashburn are served by the Ashburn location of the Loudoun County Public Library.

Those planning on making a living in Ashburn should know that wages and cost of living has been relatively static, according to Payscale. The most popular positions of employment are Software Engineer, Project Manager, and Software Developer. The most popular employer in Ashburn is Verizon Communications, Inc. and CSRA Inc.. The average salary for a worker in Ashburn is $84k a year, while the average hourly wage is $21.11.

If you’re planning on living in Ashburn, a career in tech or government will bring you plenty of prosperity! Check out the latest listings for jobs in Ashburn, VA here.

Explore Ashburn’s large variety of things to do, places to eat, and more with this map!

Tips for Moving to Ashburn, VA

Ready to take that last step and start your journey to making Ashburn your new home? Give Suburban Solutions a call at 301-928-8669! Our crew of highly-trained professional Ashburn movers will ensure your move is a stress-free process at affordable rates! Call now or fill out our online form for a free quote!