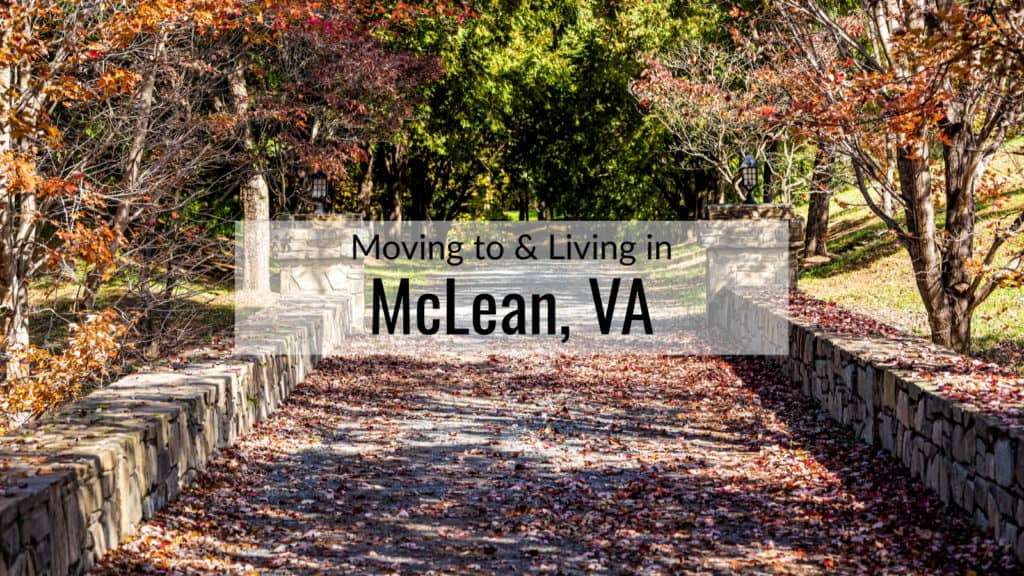 Living in McLean VA ULTIMATE Guide [2022] | Is Moving to McLean For You?

McLean is an unincorporated community in Fairfax County, Virginia, located just a few miles west of Washington, D.C. As one might expect of a community so close to our nation’s capital, McLean is chock full of important people, from diplomats to senators to agents of the Central Intelligence Agency, and has the affluence and class you’d expect of such a population. McLean is named for one of it’s founders, John Roll McLean, who was the owner of the Washington Post in the early 1900s, and founded McLean on a land grant to build homes. Many of the historic homes from that era are still around, giving this community a distinctly classical feel. McLean is home to many of the movers and shakers of American politics, and is a high-class and beautiful town right outside D.C.!

McLean is a fairly homogenous town racially, with 73% of the population being Caucasian, but it also has a significant Asian population, constituting 10% of McLean’s population.

McLean is and has been home to many notable people including Supreme Court Justices Antonin Scalia & Anthony Kennedy, Gore Vidal & Steve Case – the founder of America Online.

Cost of Living in McLean, VA

As you might expect out of a town where senators and CIA agents live, McLean hardly goes easy on your wallet, with the average cost of living here being 103% more expensive than the US national average. Keeping in line with that cost of living, housing here costs double the Virginia, with the average unit price here being $1,019,400. You can also expect to pay far more than the national average for most other purchases you’ll be making here, including utilities, groceries, and transportation. Renting here is also pricey, but not quite as pricey as you might expect, with the average rent for all units being $2,244.

There’s no doubt that McLean is amongst the most expensive places to live in the United States, but all that cost comes with great benefits! Nowhere else will you meet more important people while living in such luxury!

Living in McLean means you’ll be zoned to the Fairfax County School District for all of your public schools. With such a prestigious student base, it’s no surprise that almost all of the schools in this area are considered top of the line, and none of them have a rating lower than 8/10 on Great Schools! With highly-rated and widely-renowned schools like Cooper Middle School and Langley High School, your child is sure to succeed!

Interested in pursuing higher education while living in McLean? Within ten miles of McLean, you have University of the District of Columbia, which is located (obviously) in D.C. itself and is a nationally renowned public 4-year college. If you’re looking for a less financially strenuous way to get into a college degree, the public 2-year Northern Virginia Community College is an excellent choice.

McLean is right on the coast of Virginia, and experiences a lot of rain but relatively little snow as a result. You can expect lows of 25 degrees Fahrenheit during the winter months, and highs of 86 degrees Fahrenheit during the summer months. McLean experiences more rainfall when compared with the rest of the United States, with 44 inches per year as compared to the national average of 38.1 inches. Meanwhile, McLean experiences less snow than the average, with 20 inches as compared to 28. The best times to visit McLean in terms of comfort are September and May.

Good morning. think I’m in love with this exterior. If this was my home I would smile coming home. Is anyone else captured by this beauty? #virginiarealestate #mcleanva #dreamhome #therealestatedreamcatcher

A post shared by Valeisha Johnson, REALTOR® (@therealestatedreamcatcher) on Jun 11, 2020 at 6:21am PDT

McLean isn’t the biggest place, but there’s still plenty of options for neighborhoods and communities to associate yourself with! No matter what neighborhood you end up choosing, all of them will have McLean’s signature class and style!

There are ten main neighborhoods in McLean, all of which have their distinct feels and communities. The most expensive of them is the western Belleview neighborhood, which is also the largest of them all. Meanwhile, Langley Forest takes second place in terms of cost, being right across the bridge from Bethesda and Washington itself. Lewisville Heights, McLean’s southernmost neighborhood, takes the spot of the most affordable neighborhood in the town.

If any of these communities sound enticing to you, you should check out the latest listings for homes for sale in McLean, VA.

Those planning on making a living in McLean will be pleased that wages have been increasing slightly in the last few years, although this is contrasted with a stark cost of living. The most popular employers in this community are Capital One Financial Corp., Booz | Allen | Hamilton, and Freddie Mac, and the most popular positions of employment are Software Engineer, Intelligence Analyst, and Project Manager. The average salary for a worker in McLean is $85k a year, while the average hourly wage is $22.63.

If you’re thinking of moving to McLean, government positions, particularly relating to the intelligence community, and finance are your best bet for making a living here. Utilize that distance to Washington D.C.!

Things to Do in McLean, VA

Being right in the nexus of America’s capital means not only a plethora of business opportunities but excellent shopping opportunities and attractions as well! With excellent, luxury shopping centers like Tysons Galleria and Tysons Corner Center, shop like a senator in McLean! You should also check out some of the best things to do in McLean, VA below:

A 2 acre park located right here in McLean, Clemyjontri Park provides a unique playspace for children of all abilities, including fixtures for those in wheelchairs and who are otherwise similarly disabled. A McLean must-visit for families with kids!

One of the few nature preserves located in Fairfax County, Scotts Run is an excellent trail hiking spot right in the middle of McLean! With wonderful natural beauty, Scotts Run is sure to clear your head and brighten your day! It is one of McLean’s major points of interest.

Places to Eat in McLean, VA

Alongside its host of wonderful attractions, McLean is also home to some of America’s finest diners and restaurants, fit to please a president! Check out some below:

A little slice of the Land of the Rising Sun in Virginia! With traditional Japanese chefs and decades in the business, Tachibana is a must-visit if you’ve a taste for oriental foods while living in McLean!

Tips for Moving to McLean, VA

Ready to start your journey to McLean? Give Suburban Solutions a shot! Our crew will ensure your move is done carefully, professionally, quickly, and affordably! Call now or fill out our online form for a free quote!