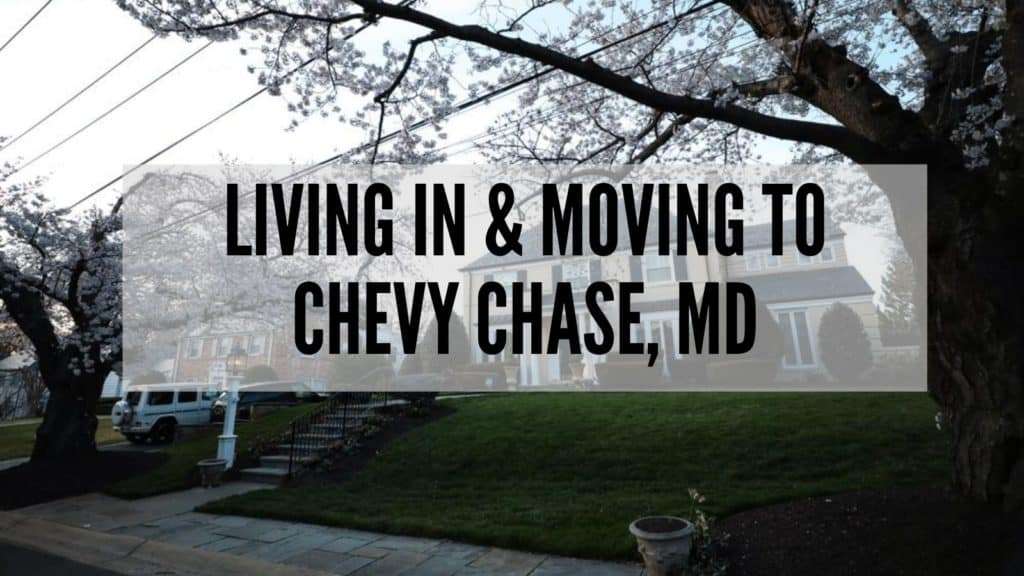 Just northwest of Washington DC is the small town of Chevy Chase, MD. Chevy Chase was an empty town until World War I came around, then the use of automobiles allowed people to start moving out of bigger cities into smaller areas. It was during the 1920s Chevy Chase started getting residents and the economy began to grow. Since then, Chevy Chase has chosen to keep its historical roots in play. Chevy Chase is about 6 miles away from the US capitol. Chevy Chase is known for being the “home suburb for the nation’s capital,” and is popular since it is such a short commute to Washington DC. Many residents choose to live in Chevy Chase for its safe community and family-friendliness.

Chevy Chase has desirable weather year round thanks to the city’s humid subtropical climate. Summers in Chevy Chase are warm and humid, with average temperatures in Chevy Chase ranging from 80°F and a low temperature of 69°F. Meanwhile, Chevy Chase’s winters are cold and windy with highs of 48°F  and lows of 27°F. The city gets a fair amount of precipitation throughout the year. Chevy Chase typically gets 43 inches of rain each year. Residents will also experience a few snow days each year since Chevy Chase gets an average of 17 inches of snow.

Things to Do in Chevy Chase, MD

If you have little kids, this place is a must-go. The playseum recreates a mini, simulated town that has businesses and shops, including doctor offices, restaurants, art studios, and science labs kids can explore. This is a top-rated Chevy Chase attraction for kids.

This 40-acre sanctuary allows visitors to walk on trails that feature Oak and Pine trees, tulips, and a pond that has various aquatic animals you can see. There are also picnic tables where you could set up a romantic meal, making it the perfect place for a peaceful date!

Additional Chevy Chase Things To Do

This Japanese restaurant is the best in the area ensuring each dish is made with the finest ingredients.Sushiko offers dinner, which includes salads, fish, soups, maki rolls, tofu, and more. With the head chefs always looking to add new foods to the menu, there is something for everyone to enjoy at this Chevy Chase eatery!

If you’re craving the classic American cuisine, this upscale steak house is the restaurant to go to. The Capital Grille offers lunch and dinner, with options of soups, salads, sandwiches, seafood, and their famous prime steaks. With hundreds of raving reviews online, The Capital Grille is a must-try.

Chevy Chase has 5,026 employees, which is a 7.32% growth rate from last year. Most jobs in Chevy Chase are found in professional and technical services, public administration, and educational services. The median household income in Chevy Chase is $173,333, which is more than double the national average. Click the link to find Chevy Chase Indeed jobs here. Many residents living in Chevy Chase commute to bigger cities like Washington DC for their job. If you’re planning to work there, click here for directions from Chevy Chase to Washington DC, which is 6.4 miles.

Many people decide to relocate to Chevy Chase for their outstanding school district. The most popular Chevy Chase schools are Chevy Chase Elementary School, Somerset Elementary School, Alice Deal Middle School, and Bethesda-Chevy Chase High School. All of these schools were rated 8 or 9 on Great Schools due to their high test scores and giving each of their students the same opportunities. There are also many options of private schools in the area including Oneness Family School, Concord Hill School, and Audubon Nature Preschool.

Convinced Chevy Chase is the right place for you? If moving to Chevy Chase is in your future, make sure to contact the best Chevy Chase movers in the area, Suburban Solutions, to do all heavy lifting for you. Give us a call at 301-928-8669 for a free quote!