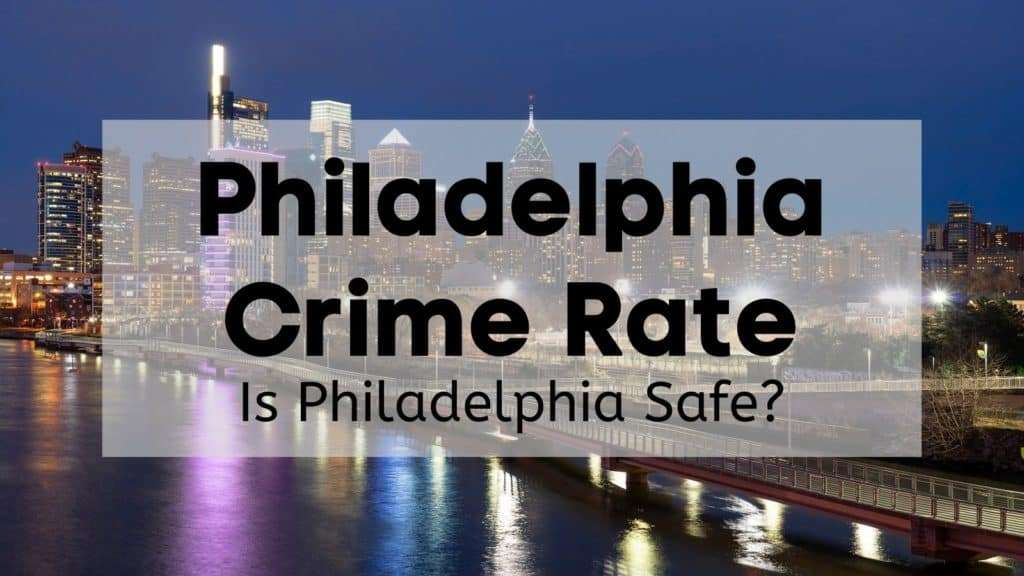 Visiting Philly or planning on moving to Philadelphia? The City of Brotherly Love has a reputation for crime, but you don’t need to think of it as a dangerous place to live or visit! One area of Philly in particular is very dangerous with a violent crime rate 7x the national average, but most neighborhoods in this city of 1.6 million are safe.

Here’s a complete guide to the crime rate in Philadelphia including dangerous areas to avoid, the “Philadelphia Badlands,” and safe neighborhoods in Philly where crime is far below average.

As you explore the Philadelphia crime rate and crime rates in its many neighborhoods, it’s important to understand what crime rates actually mean. City crime rates are based on FBI Uniform Crime Statistics (2019) data and they are reported as a per capita rate, or the number of crimes per 100,000 people. Only index crimes are used to calculate crime rates. These eight violent and property crimes are chosen because they are considered serious and best reflect your risk of being the victim of crime. Offenses like disorderly conduct, drunk driving, and drug offenses are not included in crime rates.

What is the Philadelphia crime rate?

A good way to understand Philadelphia crime is by using a crime map. This can help you narrow down your options for safe places to live and understand the unique crime risks you face in different areas of the city.

This PHL Crime Map uses data from the PDD and it can be a bit more user-friendly.

There were 46,145 property crimes in Philadelphia in 2019 including:

There were 14,420 violent crimes in Philadelphia in 2019 including:

In 2020, Philadelphia had 499 homicides, the highest number of murders in 30 years and only the second time in Philly’s history homicides have approached 500.

There were over 2,200 people shot in Philadelphia in 2020. That’s 40% more than ever recorded. The 24th and 8th Police Districts experienced an increase of more than 100% in shootings year-over-year.

Despite soaring homicides and shootings, violent crime in Philadelphia has overall remained near a decades-long low. 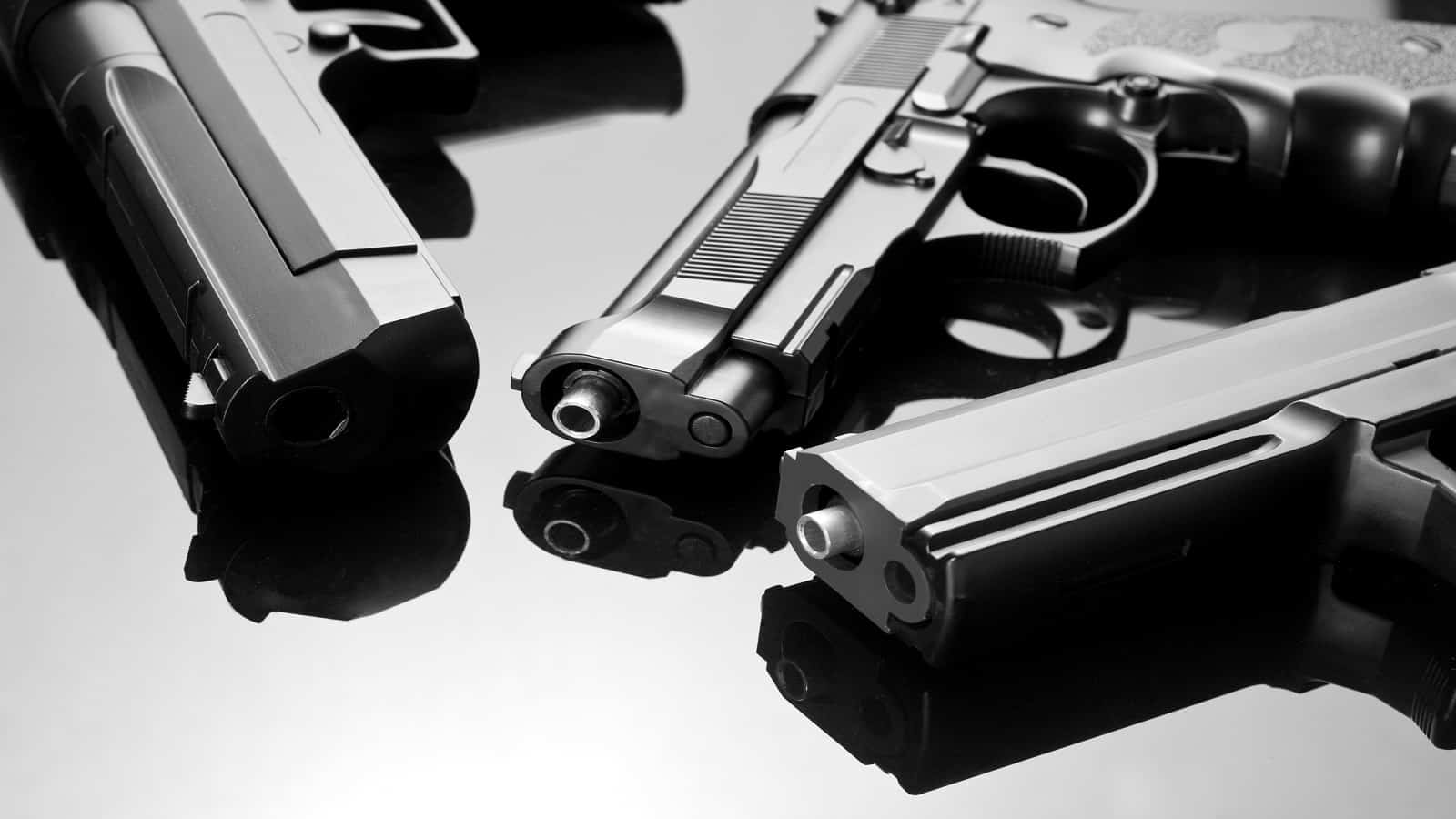 Which is more dangerous: Philadelphia or Chicago? Both cities trade places as the most dangerous city in America. Philadelphia now has a higher murder rate than Chicago thanks to a comprehensive plan to target gun violence over the last four years in the Windy City. Still, Philly has slightly less crime than Chicago aside from its homicide rate.

Here’s how total crime in Philadelphia compares to major cities.

As intimidating as the high Philadelphia crime rate may be, remember that most crime happens in just a handful of areas. As a general rule, most violent crime is concentrated in the Southwest, West, and North of Philadelphia. Of Philly’s six divisions, the Southwest division has the highest murder rate.

According to police, more than 80% of shootings in the city in hotspots for crime are committed by 2% of known offenders.

Before exploring dangerous areas of Philly, it helps to understand what is referred to as the “Philadelphia Badlands,” an area of Lower Northeast and North Philadelphia known for its high rate of drug-related violence, drug markets, and organized crime.

Crime in the Badlands usually comes from street gangs. However, crime also comes from large criminal organizations. Gangs operating in the Badlands include the K&A Gang or Northeast Philly Irish Mob, the Black Mafia, and the Latin Kings. 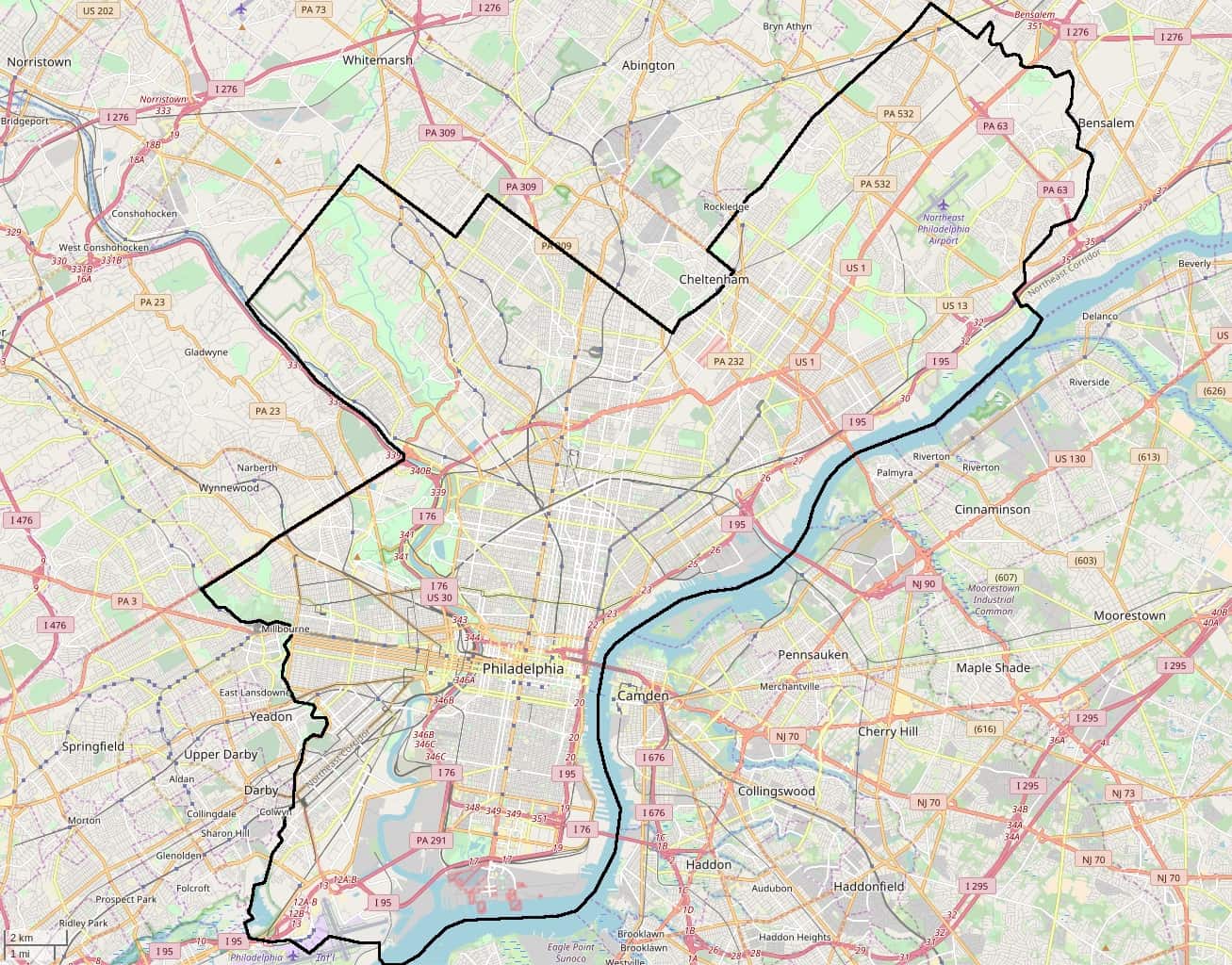 The following are the most dangerous areas of Philadelphia where most violent crime occurs. These dangerous Philly neighborhoods have a crime rate that is 65% to more than 200% above the city average! Not all of them are located in the Badlands.

With some of these neighborhoods, where you live matters a lot. The best example is Germantown, a huge historic neighborhood once an independent borough. Germantown is sandwiched between Nicetown-Tioga, the most dangerous area of Philadelphia, and Chestnut Hill, an extremely affluent and safe community. Northwest Germantown is very safe as well as the area near East Falls. You’ll find beautiful, historic mansions, excellent parks, and the Waldorf School of Philadelphia. East Germantown has more crime.

When you see crime rates for Germantown, Philadelphia, they usually include both “Germantown” and “East Germantown,” now considered a separate neighborhood.

Don’t be turned away by the high crime rate in Philadelphia, PA. There are tons of safe places to live in Philadelphia with crime that isn’t just low for the city but far lower than the national average.

Here are some of the safest neighborhoods in Philadelphia for families, singles, and young professionals.

These are only a handful of the many safe neighborhoods in Philly!

Philadelphia Safety Tips – How to Avoid Crime in Philly

The Philadelphia Police Department (PPD) is the 4th largest police department in the United States and one of the oldest. The PPD patrols an area of 370 square miles and a population of more than 1.5 million. It’s had a history of intimidation and brutality with a 2022 report finding that only 0.5% of civilian complaints against officers resulted in anything beyond a reprimand.

The Philadelphia Police Department is divided into 21 patrol districts with special units like SWAT and the K-9 squad. The Detective Bureau has several Divisional Detective Units including Organized Crime, Homicide, and Special Victims Unit.

Is Philadelphia safer than Chicago?

Chicago and Philadelphia are the two most dangerous large cities in the U.S. The murder rate is now higher in Philadelphia than Chicago after the Windy City began targeting gun violence.

What is the crime rate in Philadelphia, Pennsylvania?

Philadelphia crime may be high, but the majority of violent crime occurs in the Badlands and a handful of neighborhoods. With over 150 great Philadelphia neighborhoods plus safe Main Line communities to choose from, you’ll have no trouble finding safe places to live with crime rates lower than the national average.

Once you’ve settled on a safe neighborhood in Philly to call home, give our friendly movers at Suburban Solutions a call for a free moving quote. We’ll help you get settled in so you can start enjoying everything Philadelphia has to offer.